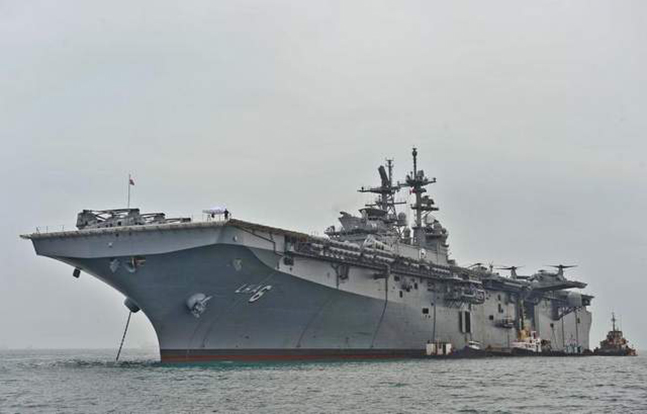 A total of 1,500 Marines and sailors have been aboard the America to test its capabilities as it sailed around South America to “the ship’s home port in California, stopping in Colombia, Brazil, Chile and Peru along the way,” according to Navy Times.

Since the America was built with future Marine aviation capabilities in mind, it doesn’t have a well-deck. It’s the first of the America-class amphibs built to replace the outdated Tarawa-class ship, and it’s optimized for Ospreys and the soon-to-be-fielded F-35B Joint Strike Fighter.

The second ship in the America class will be the same, [Gen. John Kelly, the head of U.S. Southern Command] said, but then the Navy plans to revert to well-decks, which allow for greater flexibility to load and unload using smaller boats. While removing the well-deck gives more space for aviation fuel, aircraft storage space, and room for helos and planes to move around, Kelly said it limits deployment of Marines.

“This is an air-centric platform that’s a mini-Marine Corps aircraft carrier, so that’s an exciting thing,” Chief Warrant Officer 4 Shane Duhe told Navy Times. “It makes everyone curious about the future employment of the America and how we’re going to bring our ship into amphibious ready groups and use it for different purposes.” 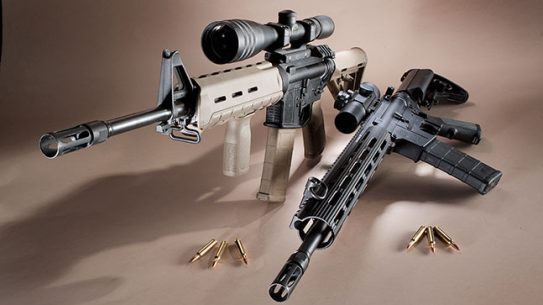 Rugged mil-spec rifle designs in the M&P15 series from Smith & Wesson are built...