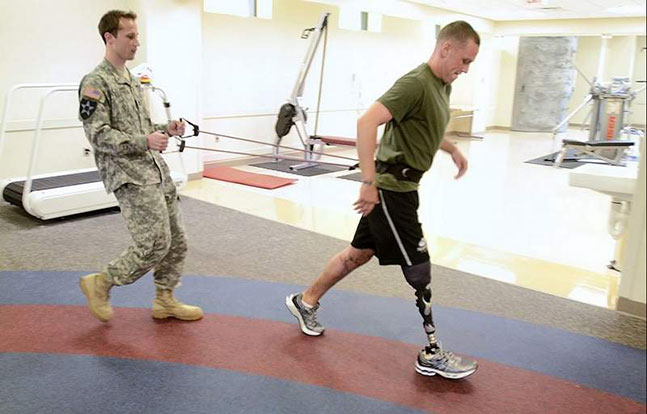 The following is release from the U.S. Marines:

The Marine Combat Instructor of Water Survival course is a grueling training evolution that requires Marines to swim a total of 59 miles over three weeks. The course that graduated on Nov. 25 started with nine participants, but only six were able to complete the challenge. One of those six had the deck stacked against him from the beginning but overcame adversity and graduated with his classmates.

Staff Sgt. Adam Jacks, company gunnery sergeant for Headquarters and Service Company at The Basic School, is a motivated, extremely fit, infantry Marine who said he quickly volunteered to attend the course when approached by the chief instructor trainer, Gunnery Sgt. Joseph Marshall. The fact that Jacks’s right leg was amputated at the mid-thigh in 2011 did not faze either Marine.

Jacks, a native of Newark, Ohio, was serving in Afghanistan with 3rd Battalion, 8th Marine Regiment, located in Marine Corps Base Camp Lejeune, North Carolina, when he stepped on a pressure plate on April 3, 2011, and was hit by an improvised explosive device blast. Among other injuries, Jacks suffered a traumatic brain injury and lost 2/3 of his right leg.

Though he could have easily been medically retired, Jacks said he “fought pretty hard to stay in” on active duty, feeling he had much more to contribute to the Marine Corps. “Why I wanted to stay in is pretty simple: I wasn’t ready to hang up the uniform and turn the page into a new chapter. I felt that I had a lot of fight left in me, and that I could help shape the Marine Corps into this new age style of fighting, even with half of a leg, and to show Marines of all ranks and ages that it still can be done.”

Jacks requested to be placed in an expanded permanent limited duty status, something that can only be granted by the commandant of the Marine Corps. Jacks said he met the commandant, Gen. James Amos at the time, and Amos said to him “If you want to stay in, I won’t push you out.” After eight to nine months of evaluations and paperwork, Jacks was granted permission to continue serving on active duty.

Jacks said he has about “20 different legs, and each has a unique purpose.” He has one for everyday activities, one for patrolling, and one for running, among others. “If I don’t have one that works well for the situation, that will set me up for failure,” Jacks said. He also has one prosthetic decorated with a blood stripe and some Marine graphics that he actually doesn’t like to wear much because he doesn’t want to damage it. What he lacked before starting the course, however, was a leg that would help him swim.

Because of the asymmetry in his body, Jacks said at first he would roll in the water, and “the first week [of the MCIWS course] was pretty hellacious because I had to relearn how to swim properly and use my upper body.”

He recounted having to fight feelings of vertigo from the lack of balance. Marshall said he and Jacks worked together to improvise a buoyant prosthetic that would enable him to stay at a level position in the water. Even with the buoyant leg, Jacks had to put in dozens of extra training hours to become more proficient, frequently staying at the pool until 6:30 or 7:00 p.m., up to two hours after the other students had left for the day.

Marshall said “we were not going to lower the standard. We were going to work with him to help him reach it,” and the standard was high. According to Marshall, the Marines had to complete conditioning swims up to 1,900 meters in length, including three that were timed; swim 25 meters underwater; complete four American Red Cross rescues with the aid of lifesaving equipment and four without; and pass all the academic/classroom evaluations.

According to Jacks, “there were naysayers,” people telling him he wouldn’t be able to complete the course missing a limb. Jacks kept a positive outlook, however, and said “You press on with it. You use the adversities as fuel to get you through.” 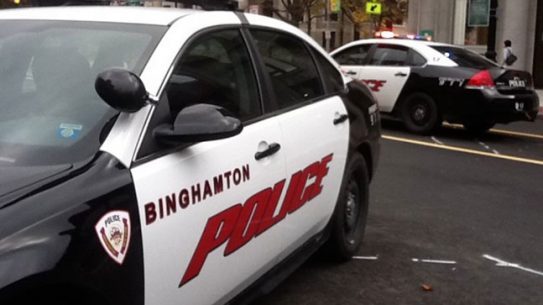