WASHINGTON, March 12, 2008 – New ways of dealing with detainees in coalition-run facilities in Iraq are paying off through less violence, more actionable intelligence for warfighters, and a better separation of extremists from more moderate detainees, a senior leader told military analysts today. Marine Maj. Gen. Douglas M. Stone, deputy commander for Multinational Force Iraq’s detainee operations, said efforts to tamp down on insurgent activity “inside the wire” is paying off in protecting both inside and outside the facilities.

Stone described the “Stone principles” he implemented toward that end: establishing an alliance with moderate Iraqis; empowering moderates to marginalize violent extremists; providing momentum to the reconciliation process; and promoting stability by releasing those who demonstrate characteristics that can help Iraq succeed.

Rather than being “warehoused,” as in the past, detainees now are assessed individually to identify extremists and separate them from the rest of the detainee population, Stone explained. “Then we begin to work with both sides of that population — extremists and the more moderate — to defeat any insurgency that was going on inside the theater detention facility,” he said.

Several new initiatives are changing the environment at detention facilities. Voluntary literacy training and other education programs are offered, as well as religious discussion groups and vocational training. A new family visitation program allows about 1,600 visits a week. The Multinational Forces Review Committee gives detainees an opportunity to voice questions or concerns.

As a result, more detainees are staying out of trouble and riots and detainee-on-detainee and detainee-on-guard violence within the facilities have dropped dramatically.

“I think the process we have put in place is beginning to yield some progress,” Stone said. “It’s a very transparent and very clear process.”

As another big benefit, detainees are yielding valuable intelligence, some with direct impact on coalition troops and Iraqi security forces. “We do a remarkable amount of work to try to collect information for the warfighters,” Stone said.

“We get a lot of information about who these guys are, what their network is, how they feel about things, where they are going, what are the latest trends on things like (improvised explosive devices).”

Stone said he’s encouraged by the low recapture and recidivism rate, calling it the result of a variety of factors that are promoting security in Iraq. 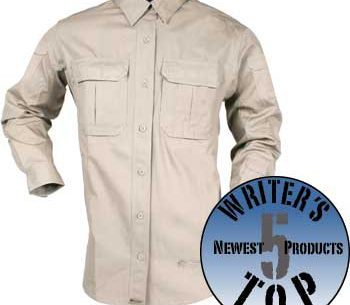