You’re all familiar with “Apocalypse Now,” or at least, you better be. If you’re not, shame on you. Ok, fine, here’s a quick description: it’s an epic Vietnam War movie directed by Francis Ford Coppola. Now stop reading this and go watch it. For the rest of you, we have an interesting bit of news. Erebus LLC, a company made up of some of the people responsible for games like “Fallout: New Vegas,” “Wasteland 2,” and “Far Cry,” has launched a Kickstarter campaign for an authorized video game version of Coppola’s classic film. Ever wanted to be Captain Willard? Here’s your chance. Check out the teaser trailer above.

The Kickstarter page describes the game as a “first-person perspective survival and horror game with strong roleplaying elements.” Players will rely on “tactical decision making” with “some outcomes determined by Player skill and some by Character skill.”

See below for more on what you can expect in the “Apocalypse Now” video game. If you like what you read, head over to the Kickstarter page to contribute. They’re offering all sorts of cool rewards for backers. The goal is $900,000 with 22 days left. Let’s help get this thing made!

You will explore the jungles and rivers of Vietnam in first person perspective. You join a crew of  “rock and rollers with one foot in their grave”. It’s like Fallout: New Vegas on acid in the middle of the Vietnam War.

Your ultimate mission is to assassinate Colonel Kurtz, a rogue American officer who is accused of forming a private army and operating “totally beyond the pale of any acceptable human conduct.”

Combat is often your last resort; the wise soldier will avoid the ever-looming enemy at all costs.

Maintaining resources and relationships is key to your survival and your success.

You will play Captain Willard.

And you have a mission, but between receiving your mission in the hotel room and meeting Colonel Kurtz, how you journey upriver on PBR Streetgang is up to you.

You will engage in dialog, like in most roleplaying games, but you are a Special Forces operative, so your dialog will be like Captain Willard’s dialog.

You aren’t chatty, you get to the point, but you are friendly and charming when you want to be. You are alienated. You are entertaining alternate points-of-view about the war and the world.

But you are also an assassin.

An assassin doesn’t fire their weapon unless they have to.

So you will creep through the jungle.

You will engage in what everyone calls “stealth gameplay.” Your sneaking will be based on both your personal skill and your character skills (which will be built out by you as you gain experience during your journey up the river). 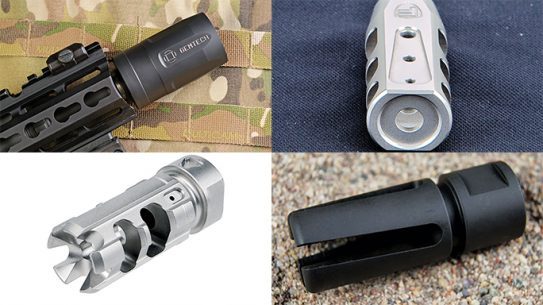 37 Muzzle Devices for Your AR-Pattern Rifle

There’s a sea of muzzle devices for your AR-pattern rifle. Let's navigate through it...