The first comprehensive survey to look at ownership and use of modern sporting rifles reveals that 8.9 million Americans went target shooting with AR-style rifles in 2009 and that participants using this type of rifle were the most active among all types of sport shooters.

“These findings underscore that modern sporting rifles are becoming commonplace in America and are among the most desired firearms by sport shooters,” said Steve Sanetti, president of the National Shooting Sports Foundation, trade association of the firearms industry. “Those who want to ban these civilian sporting rifles simply because they look like military rifles must acknowledge after seeing this study that AR-style rifles are exceedingly popular with millions of Americans. These rifles are our industry’s high-tech, cutting-edge product — rugged, accurate, versatile, fun to shoot and easily accessorized — and they’re here to stay.”

The study, “Shooting Sports Participation Survey in the United States in 2009,” was conducted for NSSF by Responsive Management through a random digit dialing telephone survey of 8,204 U.S. residents ages 18 and older. (This is a separate survey from the NSSF/Harris Interactive online poll announced in a March 31 press release.) To avoid confusion, the term “modern sporting rifle” was further defined as an AR-style rifle.

Mark Damian Duda, executive director of Responsive Management, explained the survey’s methodology, saying “This was a highly scientific study with the sample meticulously developed on a state-by-state basis to construct the national number. Both landline and cell phones were utilized in the actual proportions they exist within the American population.”

Duda said this type of telephone survey yields a 95 percent confidence level. The report’s sampling error is plus or minus 1.08 percentage points.

The statistics related to modern sporting rifles were part of a wide-ranging survey that revealed a new high-water mark for annual participation in formal and informal sport and target shooting. The study showed that 15 percent of the U.S. population, representing 34.4 million people nationwide, went target shooting in 2009. This number surpasses all other previous survey estimates of annual sport shooting participation.

“Recreational shooting had a banner year in 2009,” said Sanetti. “Firearms sales were way up, so it’s really no surprise that more people are enjoying the shooting sports than ever before.”

Added Duda, “This study measured all shooting participation—from hunters sighting in, to friends going shooting with friends who own firearms, to women practicing their self-defense skills. This study measured the full range of shooting activities across America.”

Compared with sport shooters using other types of firearms, users of modern sporting rifles were most active nationally — and also in every U.S. region identified in the study.

Modern sporting rifles appealed to younger shooters, with 64 percent of users ranging in age from 18 to 44.

Modern sporting rifle users were 86 percent white, with Hispanic/Latinos the next largest ethnic group at 5 percent.

34 percent of modern sporting rifle shooters had some college education or a trade school degree, 29 percent a bachelor’s degree and 27 percent a high school degree or equivalent. 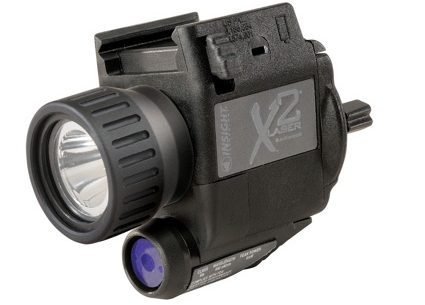