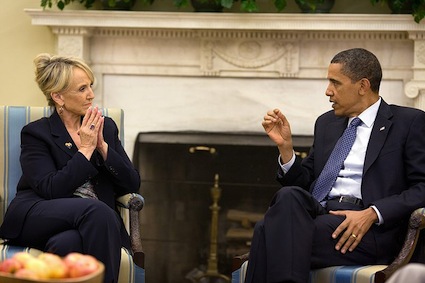 Arizona law-enforcement agencies have been here once before: prepared to enforce the controversial immigration legislation the U.S. Supreme Court ruled on Monday.

Every agency in the state had mandatory training from the Arizona Peace Officer Standards and Training Board that included legal explanations on enforcing every aspect of the law, even those U.S. District Judge Susan Bolton struck down in 2010.

Now it’s a matter of retraining officers on the re-enacted portions of the law, said Sgt. Trent Crump, a Phoenix police spokesman.

“We’re going to continue to do business just as we’ve done it — we were prepared for 1070 as it was written when it went into law,” he said. “For us, it isn’t a matter of having to recreate any wheel here, we already have it.”

Source: JJ Hensley for The Arizona Republic via USA Today.