She says the reporter sat down in front of her handgun as she aimed it at a sofa.

He says she deliberately pointed the loaded firearm at his chest.

Arizona state Sen. Lori Klein (R) and Arizona Republic reporter Richard Ruelas now find themselves at the center of a story that has attracted attention across the nation.

It began with this report Sunday. Ruelas was writing about Klein’s habit of carrying a loaded .380 Ruger with her at the state Capitol and said that during an interview in her office:

“She showed off the laser sighting by pointing the red beam at the reporter’s chest. The gun has no safety, she said, but there was no need to worry.

That passage in Ruelas story set the blogosphere buzzing, and led to a statement from Klein in which she says:

“I was asked to show the reporter my weapon so that they could take pictures of it. I ensured that the chamber was clear before displaying the weapon. That is basic gun safety and something that I do instinctively, just like virtually every gun owner. 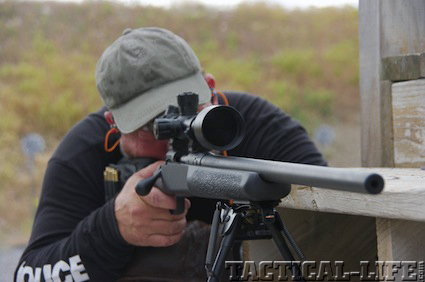