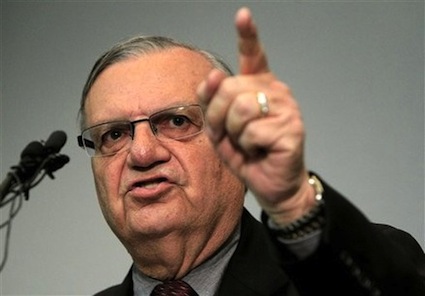 A defiant Maricopa County Sheriff Joe Arpaio speaks to the media before holding a ceremony where 92 of his immigration jail officers, who lost their federal power to check whether inmates are in the county illegally, turn in their credentials after federal officials pulled the Sheriff’s office immigration enforcement powers Wednesday, Dec. 21, 2011, in Phoenix. The U.S. Department of Homeland Security stripped Sheriff Joe Arpaio’s jail officers of their federal powers after federal authorities accused the sheriff’s office last week of a wide range of civil rights violations. (AP Photo/Ross D. Franklin)

Dozens of Sheriff Joe Arpaio’s jail officers lined up at a news conference in Phoenix Wednesday to ceremoniously hand in their federal credentials a week after they were stripped of the ability to verify the immigration status of inmates.

Arpaio spoke at the same news conference, saying he’s going to hold the federal government to its promise to send 50 federal agents to do such screening in his jail. But he predicted there will be illegal immigrants in jail who won’t be deported and will be put back on streets.

The Department of Homeland Security announced Dec. 15 that more than 90 of Arpaio’s Maricopa County jail officers could no longer check whether inmates were in the county illegally. 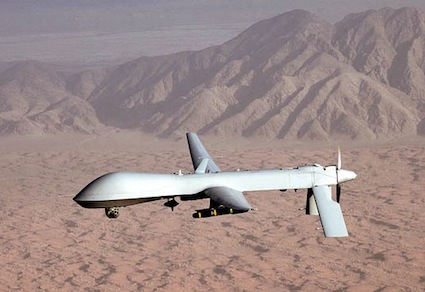 From “boots on the ground” to “boots in the air” National Guard at border cut to about 300.