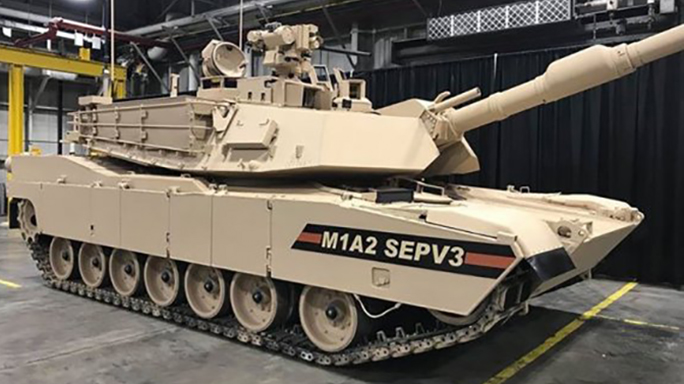 1 of 2
Photo by U.S. Army
The Army Just Received the Latest Version of the Abrams Tank
The Abrams M1A2 SEPv3 is a great step forward in reliability, sustainability, protection, and onboard power — positioning the Abrams tank and the Army’s ABCTs for the future. 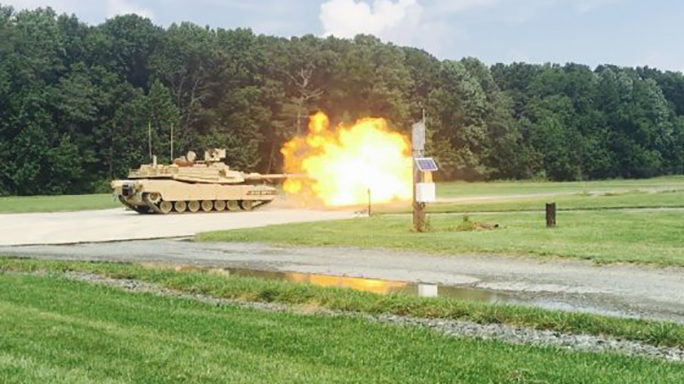 2 of 2
Photo by U.S. Army
The Army Just Received the Latest Version of the Abrams Tank
An M1A2 SEPv3 live-fire demonstration at Aberdeen Providing Ground, Marylnad, in August. This version is the most modernized configuration of the Abrams tank, having improved force protection and system survivability enhancements and increased lethality over the M1A1 and previous M1A2 variants. 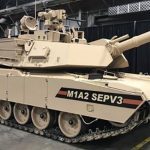 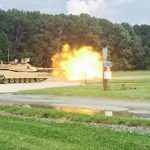 The U.S. Army has officially received the latest version of the iconic Abrams tank.

Dubbed the M1A2 System Enhancement Package Version 3, or M1A2 SEPv3, the vehicle is the first of six to be delivered to the Army, with production being conducted by General Dynamics Land Systems at the Joint Systems Manufacturing Center in Lima, Ohio and the Anniston Army Depot in Anniston, Ala.

“This version is the most modernized configuration of the Abrams tank, having improved force protection and system survivability enhancements and increased lethality over the M1A1 and previous M1A2 variants,” Lt. Col. Justin Shell, the Army product manager for Abrams, said in a statement. “The Abrams M1A2 SEPv3 tank will be the foundation for future incremental system upgrades and can host any mature technology the Army deems operationally relevant.”

“It is a great step forward in reliability, sustainability, protection, and on-board power which positions the Abrams tank and our ABCTs for the future. Even in a fiscal environment that has greatly hampered our ability to move towards entirely new vehicles, the Abrams M1A2 SEPv3 shows we can still deliver meaningful and operationally relevant improvements,” said Maj. Gen. David Bassett, program executive officer for Ground Combat Systems.

Auxiliary Power Unit: The under armor APU provides capability to operate on-board systems with a reduced probability of detection during silent watch operations.

Armor Upgrades: The Abrams Tank will continue to advance its ballistic protection to counter the latest threats and maintain battlefield superiority.

The M1A2 SEPv3 will replace the SEPv2 variant, which has been in production since 2005. The goal is to begin fielding the SEPv3 in fiscal year 2020, ExecutiveBiz reports.

According to Scout Warrior, General Dynamics Land Systems is also developing an even more advanced SEPv4 vehicle for the 2020s.

“The current M1A2 SEPv3 production will transition to the v4 configuration in 2023. The v4 upgrade is currently scheduled to begin production in 2023 with fielding in 2025,” Ashley Givens, the spokeswoman for PEO GCS, told Scout Warrior.

The SEPv4 model will reportedly include enhanced laser rangefinder tech, color cameras and an integrated on-board network. Other features will include new and improved slip-rings, souped up meteorological sensors, ammo data links, laser warning receivers and a multi-purpose 120mm round, Scout says.

In the meantime, the SEPv3 version of the Abrams Tank —which first entered service in 1980 and saw action during the Persian Gulf War and the Iraq War—has arrived.

“These vehicles are not just about assuring our allies, or deterring or coercing potential adversaries,” added Bassett. “They are about compelling our enemies and winning the multi-domain battle.” 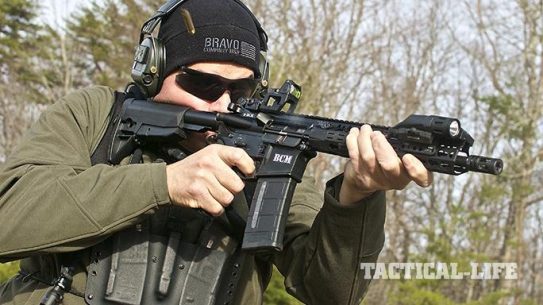 If you want a battle rifle that delivers accuracy, reliability and the proper dwell...