The spinouts include tactical and urban unattended ground sensors; the non-line-of-sight launch system, the Class I, Block 0 unmanned air vehicle; the small, unmanned ground vehicle; and network kits for Humvees.

Lt. Gen. Michael A. Vane, director of the Army Capabilities Integration Center, discussed the accelerated fielding of cutting-edge equipment in a teleconference with bloggers and online journalists.

“This decision reflects the need to move more aggressively to support current operations across both our active and reserve-component capabilities with the Future Combat Systems capabilities,” he said.

Commanders and soldiers in the field, as well as members of Congress and Defense Department and Army leaders have been asking for future combat technologies to be used for the current fight in Iraq and Afghanistan, Vane said.

Operational needs statements from infantry brigade commanders in 2007 and 2008 were double the number from heavy brigades, and accelerating the fielding of FCS spinouts addresses many of those capability gaps, Army officials said.

Vane pointed out that FCS is not being developed to provide “perfect information.”

“We recognize that soldiers will always fight for information,” he said. “But the soldier on the battlefield and the commander is the best decision maker, the best sensor, the best shooter, the best communicator, the best negotiator with both allies and potential enemies.

“What we want to do is we want technology to enable that soldier and that commander to better understand the battlefield,” he continued. “And sometimes people think we’re building something that’s a fantasy or that technology is the answer to everything, and we absolutely are not. What we are doing is trying to leverage that technological advantage that American industry and Americans’ allies help us bring to the battlefield.”

(Lindy Kyzer works for the Office of the Chief of Public Affairs, Department of the Army.) 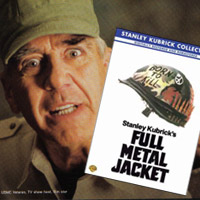