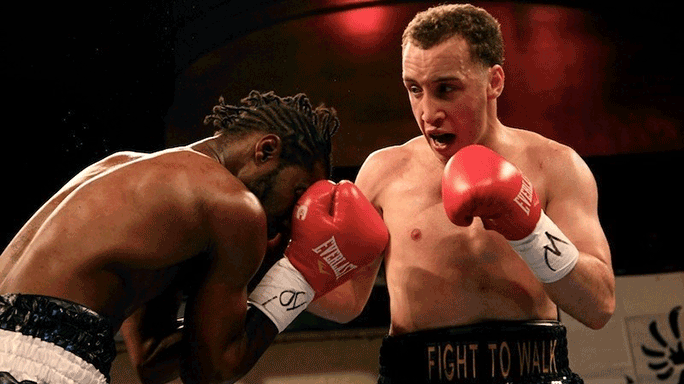 The captain said he started his boxing career at West Point, and that in 2002, he became friends with someone who went on to inspire him to help raise awareness about chronic spinal cord injuries.

“We formed an extraordinary bond, and her dream to walk again became my ultimate dream in this world,” Melson said. “Although it started with her, and she remains the bedrock for my inspiration, ending [her] suffering is a large part of my inspiration.” Melson’s efforts are focused on fundraising for research and trial experiments.

‘This is True Service’

Determined to make a difference, Melson elevated his boxing hobby to a more competitive level, earning more money for his fights, and he donates 100 percent of his winnings to spinal cord injury research and awareness.

“Boyd has given of himself, in a way no one else has,” said Dr. Wise Young, director of the W.M. Keck Center for Collaborative Neuroscience in New Jersey. “This is true service, service to human kind and he’s doing it because he really cares.”

Melson said he will continue boxing in hopes of one day helping his longtime friend to walk again. “I need my friend to walk,” he said. “She still can’t, and when she does, that’s when I’ll have my moment. That’s all that matters.”

Melson and his longtime friend have also started Team Fight to Walk, in hopes of increasing awareness of the need for clinical trials in the United States with the purpose of curing spinal cord injuries.

“The impact that he’s having on lives, to have the vision to say I’m going to donate 100 percent of my purses to charity is unbelievable” said Army Col. Chris Hart, the U.S. Military Academy’s boxing coach. “What a leader of character for our nation, and he’s a young captain in the U.S. Army Reserve.”

With each step in the ring, each punch he receives and each round he goes, Melson said, he knows that he is one step closer to getting a treatment for spinal injuries.

“We all share this planet, so hold on to a vision in your head that you want for yourself with a grip that a mother would hold on to her baby if someone were trying to take [it],” he said. “Hold on to it until you die, because although a storm is gigantic, there was that first raindrop that began that storm of change.” 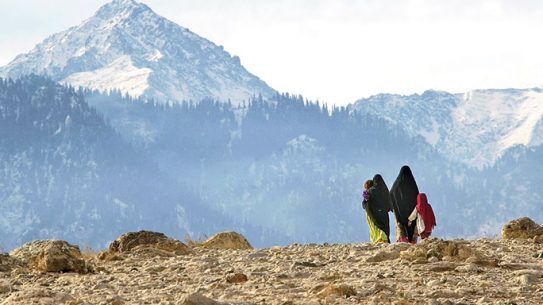 The Hunt for Bin Laden in Tora Bora