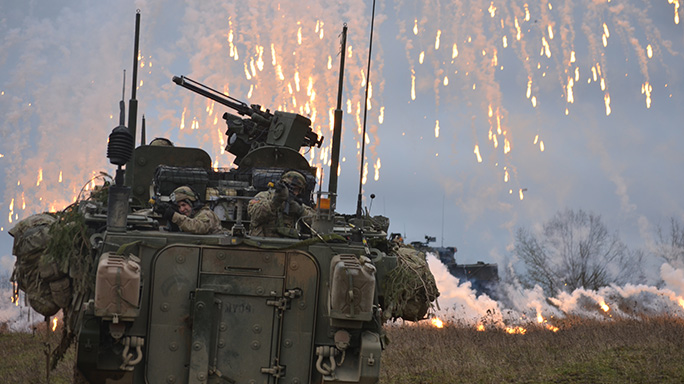 “The Army must produce units ready today to win decisively … against an aggressive Russia or its surrogates,” said Acting Secretary of the Army Patrick Murphy.

Murphy and Chief of Staff of the Army Gen. Mark A. Milley testified, March 3, at a House Committee on Appropriations, Defense subcommittee hearing about the proposed fiscal year 2017 Army Budget.

Russian military modernization began in earnest around 2004, after they observed how quickly the army of Iraq was defeated in 2003 by the U.S. and coalition, Milley said. “They went to school, focusing on our capabilities. They developed new doctrine, modernized and their military is now much more capable than it has been since the fall of the Berlin Wall.”

Milley added that threats the Army must prepare for are not just from Russia and an increasingly assertive China, but also from a provocative North Korea and terrorist groups throughout large swaths of the Middle East and Africa.

Both leaders said the fiscal year 2017 Army budget of $125.1 billion focuses on building readiness to defeat those threats as well as asymmetric threats from non-state actors.

Manning and modernization dollars in the budget took a hit so that a smaller, but better ready and led force can beat a larger force, Murphy said. “We’re mortgaging modernization to meet readiness,” he added.

Milley added that a lot of work went into putting the budget together to get the best balance possible with modernization, manning and readiness, but there’s a risk that comes with cuts to the force and modernization, absent funding. “It comes down to how much risk the nation is willing to take.”

High levels of readiness “buy us capability over capacity,” Milley said, adding, it’s “skill over size, but size has a quantity all of its own.”

Murphy suggested to lawmakers that they could easily save the Army some $500 million by deciding on a base realignment and closure round for 2019.

Asked about how the Army is handling sexual assault, Milley responded that the chain of command is much more responsive regarding the issue than it has ever been. “Sexual assault in the Army is like fratricide, it’s unforgiveable,” he emphasized.

Murphy added that when he was in the Army, he prosecuted cases of sexual assaults. Combating sexual assaults then and now is “like night and day,” he said, explaining that the issue is being taken seriously both judicially and through a changing of the culture. 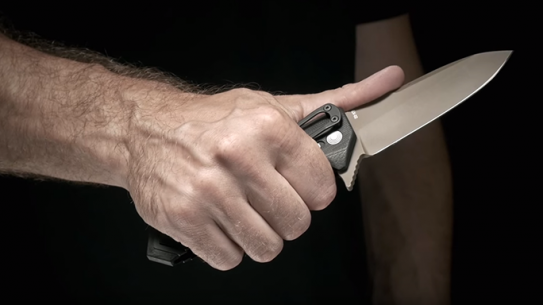 The all new EX02 Folding Knife from Sig Sauer and Hogue features a 154...