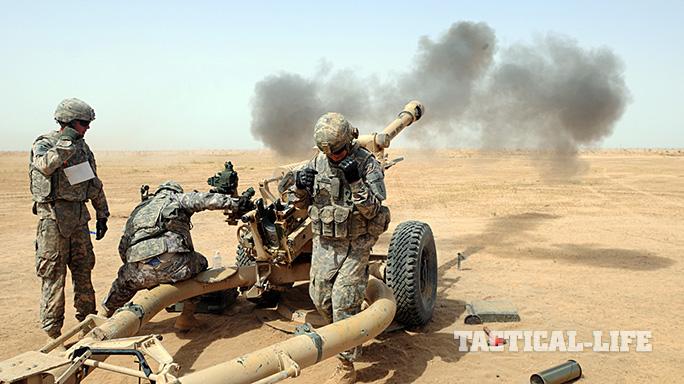 Nothing is more basic to a warfighter than aiming and firing a weapon and coordinating that task with others – a process known as fire control.

But ever since weapons systems became computerized, there has not been a common fire control system across the various Army weapons platforms. That is not a good thing, said Ralph Tillinghast, director of the Collaboration and Innovation Laboratory, U.S. Army Armament Research, Development and Engineering Command, or ARDEC, Picatinny Arsenal, New Jersey.

Tillinghast spoke April 21 at the National Defense Industrial Association-sponsored 2015 Armament Systems Forum, about efforts to build a common fire control system across weapons platforms. Such a system includes the interface, software and hardware.

Having this commonality, Tillinghast said, would result in a decrease in testing, cost, development time and training. It would also result in an increase in reliability, maintainability and profitability for the Army.

But the biggest beneficiary, he said, would be the warfighters themselves, who would have a familiar interface for fire control and not have to learn new systems as new products are developed.

Another benefit to a common fire control system, he said, is that as new weapons systems were developed, Soldiers would get their hands on them more quickly because software and hardware could be reused rather than reinvented with each new system.

One negative of having a common fire control system involves the increased risk from either a cyber-attack or a technological glitch. If all weapons systems shared the same fire control system, he said, such an attack or glitch might more easily affect all those systems at the same time.

Although there is not yet a common fire control system across the Army or the rest of the services, ARDEC has taken some big steps in that direction, Tillinghast said.

Beginning in 2000, ARDEC made its first foray into establishing a common fire control system with the 120mm Mortar Fire Control System – Heavy, or MFCS-H.

The software and hardware of the MFCS-H was transplanted to the MFCS-D, or dismounted version. That includes the system’s trucks, radios and displays.

ARDEC estimates that the reuse resulted in software development savings of $9.59 million and time savings of 36 months. The system got to Soldiers three years faster than it would have otherwise. Cost and time savings do not include other factors like training, which would make it even more significant.

Other systems quickly followed suit, using the guts of the original MFCS-H. Included among those other systems were:

Tillinghast estimates that 20 years of time in total was saved in getting these systems into the hands of warfighters. Currently, ARDEC is pulling legacy systems from older weapons and replacing them with common hardware and software.

Tillinghast said that to outsiders, ARDEC efforts thus far might seem significant, but he said much more remains to be done. So far, commonality has been applied to mortars and towed artillery, but the common fire standards have yet to be applied to other systems, like missiles.

Another facet, which has yet to be addressed, is cross-service commonality, he said. Talks are underway now to make it happen in the defense community.

Discussions that are underway throughout the services include finding commonality for fire control that includes common networks, geodetic translation, mapping, peripheral interface and meteorological data.

Other discussions are focusing on how to make the systems secure, especially since the services are moving toward cloud-based computing. He told the industry reps there is plenty of opportunity for them to become involved in the effort.

Besides software, there are discussions about getting to common hardware solutions, he said, using an analogy of a mouse plugging into any computer.

“We want to get to the point [of] where we can plug different displays in – such as an inertial navigation unit or weapons sensors – and the computer recognizes and accepts it,” he said. 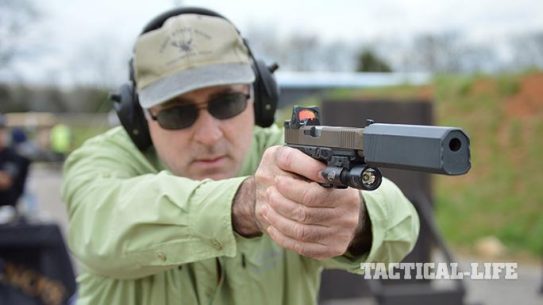 Testing the 6 Most Advanced Sound Suppressors with the ASA

On the firing line with the American Suppressor Association (ASA) to test some of...