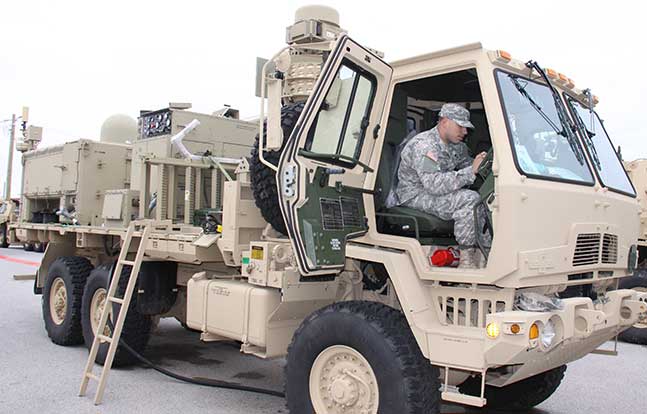 The following is a press release from the Association of the United States Army (AUSA):

Deploying to West Africa in the fight to stop the spread of Ebola is a U.S. Army team who are building a vital communications network, one of the many overlooked capabilities that could be at risk from budget cuts.

A report provided by the Army says this is a key mission to provide command and control information to U.S. troops and to aid organizations.

Retired Army Gen. Gordon R. Sullivan, president and CEO of the Association of the U.S. Army, said the capability to set up a communications network in a remote area is an example of the sometimes-overlooked core strategic functions of the Army. “We are very concerned in the drawdown and budget reductions facing the Army that we could lose this capability, or save it at the risk of reducing some other equally important capability,” Sullivan said.

The Army report says building the communications network is something the Army is doing along with constructing medical facilities and funneling supplies throughout the affected region. Here is the rest of her report:

“The U.S. government understands the unique capability that the Army can bring to a situation like this,” said Col. Patrick C. Dedham, J6 director for the U.S. Africa Command, known as AFRICOM. “Where the network really comes in is to help provide command and control and situational awareness, not only to U.S. forces that are there, but also to enable them to share that information with non-governmental organizations, with USAID [the U.S. Agency for International Development] and other interagency partners. We’re helping them with information so we can all work better as a big team.”

By sharing critical information such as the locations and status of Ebola treatment units, training updates for health workers, progress that’s been made to contain the disease, and the roles, responsibilities and contact information of various responders, the Army network will support improved coordination across the coalition of different organizations responding to the outbreak.

“The closer you can get to everyone understanding what’s going on, the better off you will be,” said Maj. Jason A. Foreman, network operations director in charge of the team of 175 Soldiers with Headquarters and Headquarters Company, 35th Signal Brigade (Theater Tactical), and 50th Signal Battalion (Expeditionary), part of the 35th TTSB, who are preparing to deploy to West Africa. “Just like medical people have specific skill sets, these are communicators. They’re extremely trained, they’re coming from the Cyber Center of Excellence, so you have some of the best expertise.”

The Army’s effort to stand up the network is unfolding in phases as Soldiers and equipment flow into the region.

First, AFRICOM sent its joint communications support element with contingency communications equipment to provide initial connectivity. As the 101st Airborne Division (Air Assault) recently assumed its role as the headquarters unit for the military mission, the Army set up communications for its joint headquarters to connect to the AFRICOM network. Now, as more 101st Airborne and 35th TTSB Soldiers deploy, they are bringing their Warfighter Information Network-Tactical (WIN-T) systems that form the backbone of the Army’s tactical communications network. Additionally, the Army and the Defense Information Systems Agency activated the Blue Force Tracking satellite network over the region in mid-October, which will enhance situational awareness for Army ground and aviation forces.

“The Army equipment is critical because it’s going to provide us the capacity that we need for the long term – whether that’s nine months or 12 months or longer,” he said, adding that the initial solution brought by AFRICOM needs to be returned to standby mode for new contingencies. “That’s why the Army signal support equipment and Soldiers are critical, so we can get the contingency capability out and use it for the next mission.”

The Signal soldiers will also be ready for any contingencies that develop during their time in West Africa, bringing a flexible “tool kit” of equipment that includes lightweight SIPR/NIPR Access Point (SNAP) satellite terminals as well as WIN-T equipment mounted on vehicle platforms.

“Each team that I have will have a SNAP terminal assigned to it, which allows us to be more rapidly deployable,” Foreman said. “Entering into a new theater of operations, you don’t know what you don’t know.”

One unique element of the network being built for Operation United Assistance is the delivery of commercial internet enclaves that will allow Army units to make connections available for Doctors Without Borders, the Red Cross and other non-governmental organization (NGO) partners. The Army is activating commercial services at its Regional Hub Node in Landstuhl, Germany, which will provide the units and responders with reach-back access to the Army’s global information network to transmit voice and data, rather than relying on local 3G coverage. The package will enable unfettered internet access for Department of Defense and interagency partners to better collaborate with NGOs and the Liberian government, Dedham said.

“The Army is providing the communications backbone for what is inherently a civil response,” said Lt. Col. Joel Babbitt, product manager for WIN-T Increment 1. “As engineers flow in to build treatment facilities, they will be operating directly with these NGOs, so the ability to provide a common backbone is critical to an assistance response task force.”

The Army has delivered network connectivity for diverse humanitarian coalitions before, including during relief efforts after a devastating earthquake struck Haiti in 2010. What’s unique about the Ebola response mission, Dedham said, is the universal use of AFRICOM’s network to provide consistency and reach back to Army enterprise services like email and Defense Connect Online.

Soldiers headed to Africa said they are eager to establish the robust communications that will support a sustained and effective response to the Ebola crisis.

“We’re here to support the humanitarian assistance mission, and reliable communications are valuable to that,” Foreman said. “We’re looking forward to going out and helping people.” 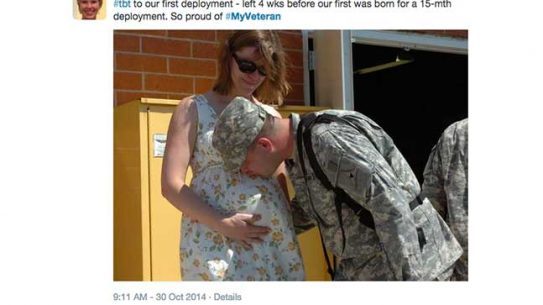 Military families and friends can support those who serve with the 2014 Military Times...