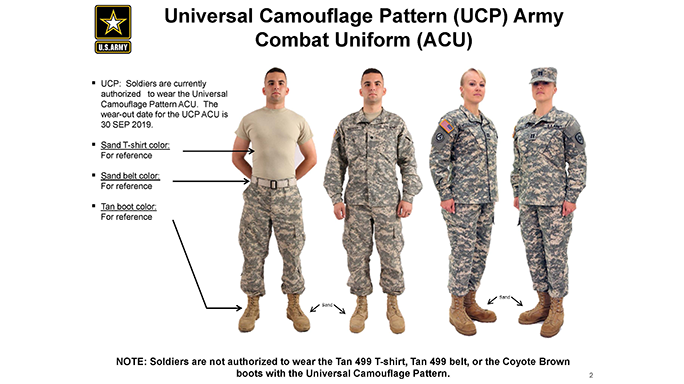 Stores will receive the uniforms over a period of six months from July to November, and new Soldiers will receive Operational Camouflage Pattern Army Combat Uniforms, or ACUs, beginning in January 2016. The Operational Camouflage Pattern was selected following the most comprehensive uniform camouflage testing effort ever undertaken by the Army, reflecting the Army’s paramount commitment to force protection.

“I have asked noncommissioned officers to ensure their Soldiers understand that during this transition period, several uniforms and variations will be authorized in our formations,” Dailey said. “Presenting a professional appearance is very important to Soldiers. But, we will not inconvenience or burden our troops. We will still be the most lethal fighting force the world has even known even if our belts don’t match for the next few years.”

In addition to the camouflage change, the Operational Camouflage Pattern ACUs will incorporate minor design changes. These include redesigned shoulder sleeve pockets with a zipper opening, no trouser drawstring, a button on the lower calf pocket, two pen pockets on the sleeve instead of three, and the elimination of the elbow and knee patch hook and loop. 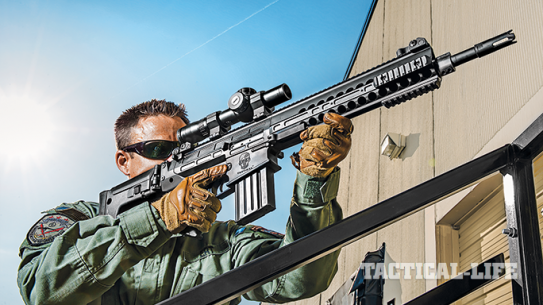 Covert 7.62mm goes from suitcase to sub-MOA sharpshooter in seconds!