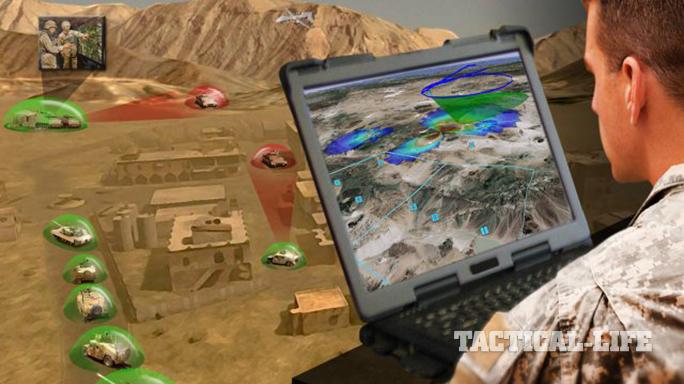 Photo by U.S. Army Graphic
The Electronic Warfare Planning and Management Tool, which is being developed, will allow for greater control and enhancement of electronic warfare capabilities.
Comment(s)

The following is a release from Brandon Pollachek and the U.S. Army:

Beginning with the early stages of Operations Enduring Freedom and Iraqi Freedom, the Army has steadily increased its electronic warfare, or EW, capabilities from both a manpower and equipment standpoint.

In particular, significant progress has been ongoing since the Army re-established its EW corps and stood up the Project Manager Electronic Warfare office in 2009 to provide materiel solutions that protect Soldiers from radio-controlled improvised explosive device, or IED, attacks and provide them with an accurate and complete understating of their environment across the electromagnetic spectrum.

As the use of EW has become more prevalent, land component commanders and their staffs require a capability that will allow them to become more adept in their understanding of the electromagnetic spectrum. While the technology available to Soldiers within the EW realm has become increasingly sophisticated, the ability to manage the spectrum in which they operate has remained rudimentary.

That is where one of the Army’s newest programs comes in. The Electronic Warfare Planning and Management Tool, or EWPMT, will allow for greater control and enhancement of EW capabilities.

The tool will tightly integrate EW as a form of non-kinetic fires with existing kinetic capabilities that will enable the Army to achieve spectrum dominance through an effects-based joint operations plan, ultimately increasing cohesion among all the services.

Incorporating a non-kinetic solution will give commanders more options on how to prosecute a target – by disrupting, destroying or exploiting it. Additionally, in situations involving infrastructure that would be needed for future use by the local populace, that infrastructure would not be destroyed – and therefore not have to be replaced – as is generally the result of a kinetic attack.

“EWPMT is a battle management capability that will support the electronic warfare officer in collaborating and sharing information to decide upon different courses of action across G2/3/6 staffs to provide situational awareness for the brigade combat team, or BCT, commander,” Stewart said. It brings 29 Series Soldiers, which includes EWOs, warrant officers and non-commissioned officers, into the virtual command post computing environment and decreases reliance on non-integrated tools like PowerPoint and Excel spreadsheets that previously had been used to deconflict and manage a very congested spectrum.

Among the options that EWPMT will provide is a modeling and simulation capability that allows maneuver commanders to actually see the effects of EW on both friendly and enemy capabilities as they develop a course of action. The simulation will also demonstrate the impact of variations in terrain on the range of EW systems.

Once it is integrated into the mission command post, EWPMT will be able to quickly disseminate and receive information from other vital Department of Defense systems. This will allow EWOs to quickly access various associated databases, such as the intelligence and spectrum management databases, to incorporate information that will provide a situational awareness of available assets or understanding of enemy activities.

“Because we are a network, we can communicate with different tools that allow us to create reports that help commanders determine which tactics to use in delivering non-kinetic fires,” Stewart said.

EWPMT will advance through iterations of capability drops at the pace of approximately one every 15 months, and PdM EWI is working closely with the training and doctrine community at the U.S. Army Cyber Command Center of Excellence to help in prioritizing the drops.

The first capability drop is specifically focused on the EWO. The goal is to automate the process so that users can become more integrated and synchronized inside the basic combat training environment. Later capability drops will add the ability to incorporate other EW tools that will provide information directly into EWPMT via the tactical operations center.

“In future drops, we are looking at not only enhancing the first capabilities of situational awareness and asset management, but we’re also looking in bringing capabilities like spectrum management,” Stewart said.

Future capabilities would include mission planning, EW targeting, enabling spectrum management operation and supporting cyberspace operations – all of which would give the EWOs and the elements they support the full capability to achieve cyber, EW and electromagnetic spectrum dominance. 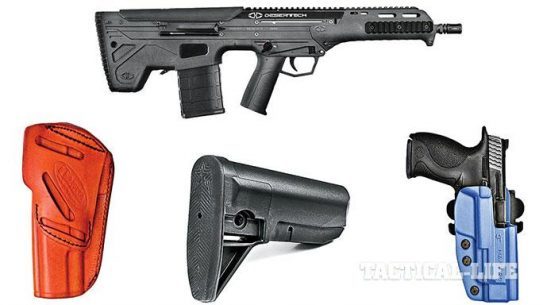 Six new products for LEOs that caught the eyes of the editors in the...