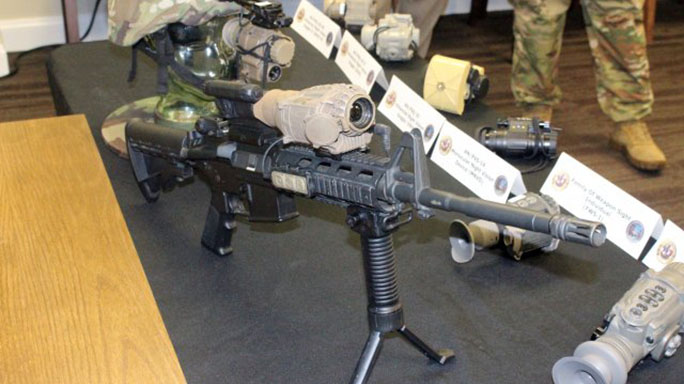 1 of 3
Photo by Jalen Brown
VIDEO: Army Details Plans for ENVG III, FWS-I Sight System
An Enhanced Night Vision Goggle III is mounted on a glass skull, and a Family of Weapons Sights-Individual is mounted on an M4 rifle, at Fort Belvoir, Va. The ENVG III, worn on the head, can be paired wirelessly with a FWS-I, which would be mounted on a weapon, to allow Soldiers to see in their eye what the weapon sight is seeing. The Soldier would not need to shoulder the weapon to see through the sight. Both the ENVG III and the FWS-I are slated to be fielded in the next 18 months. 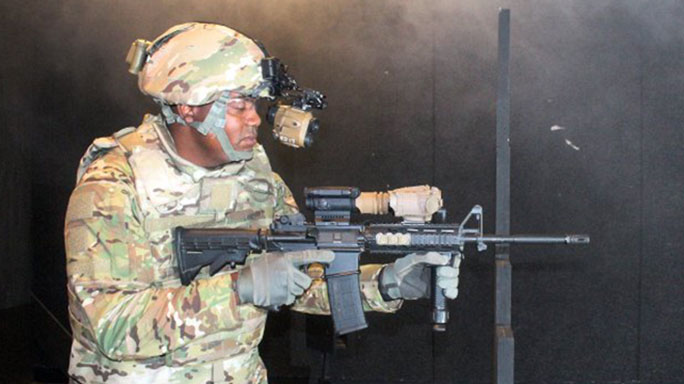 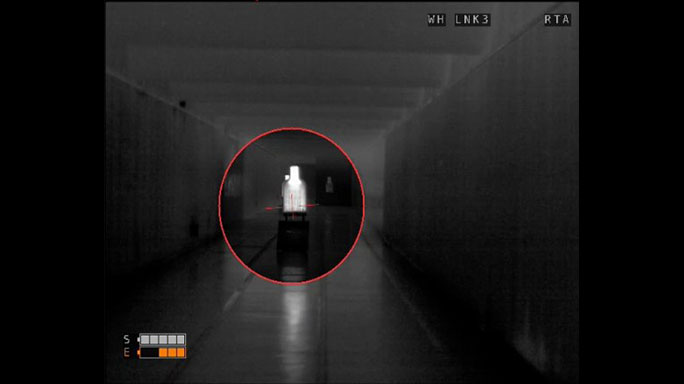 3 of 3
Photo by PEO Soldier
VIDEO: Army Details Plans for ENVG III, FWS-I Sight System
A shooter fires on a target at a Fort Belvoir, Va., firing range, July 27, 2017, using an Enhanced Night Vision Goggle III on his helmet, and a Family of Weapons Sights-Individual on an M4 rifle. Here, the combined video feed from both the sight and the goggle puts the reticle from the weapon onto the video feed the shooter is seeing in his goggle. 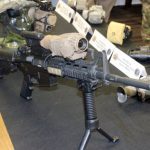 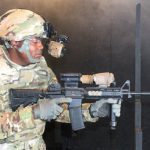 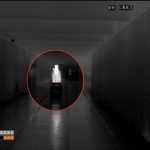 The U.S. Army is constantly looking for ways to enhance soldiers’ effectiveness on the battlefield. Case in point: two new systems designed to allow for more rapid acquisition of targets hidden by adverse conditions like darkness, smoke or fog.

In a new report, the service said it planned on fielding the Enhanced Night Vision Goggle III (ENVG III) sometime between April and June of 2018, with the Family of Weapons Sights – Individual (FWS-I) expected to make its debut in the January to March 2019 time frame.

The FWS-I mounts to a dismounted soldier’s weapon and then wirelessly transmits its sight picture to the ENVG III, which the soldier wears on his helmet. The ENVG blends thermal imaging with more common night vision image intensification technology, which is recognizable by the green image it creates, the Army said.

Targets may be able to hide under starlight, but when you combine thermal capability with night vision, they can’t hide for long. Instead, they “really pop out with that contrast,” said Dean Kissinger, an engineer working with Program Product Manger Soldier Maneuver Sensors at Program Executive Office Soldier.

“The capability gap that we were tasked with [closing] by developing this was the rapid target acquisition capability,” Douglas said. “We are allowing the Soldier to actually see what is on their weapons sight, saving them time from having to bring the weapon to his eye.”

Master Sgt. Lashon Wilson of PEO Soldier Maneuver Sensors, went into a little more detail about how the system works.

“This weapon-mounted system talks wirelessly to the smart battery pack that is on the Soldier’s head, that then transmits a signal to the ENVG III, which now displays a reticle onto the Soldier’s optic,” Wilson said in the Army report. “So now what this does is, while the Soldier is on patrol and he has his ENVG III on and he is looking, he has a greater field of view of what is going on in the battlefield.”

If a soldier wears the ENVG III, he has the choice of seeing both the night-vision image and thermal image in the goggle. But the soldier can also choose to see the image off the FWS-I mounted to the rifle.

Different modes allow soldiers to see just the image from the ENVG III in their goggles, only the FWS-I image, or a combination of the two. For instance, a “picture-in-picture” mode lets the soldier see the FWS-I image at the bottom right of the image coming from the goggle.

In a different mode, if the FWS-I on the rifle and the ENVG III on the helmet are pointing in the same direction and seeing the same thing, the image from the FWS-I can project a reticle into the goggle. The soldier sees the same thing his goggle sees, but a “circle representing the reticle from the FWS-I is overlaid onto that image, letting the Soldier know where his rifle is pointed,” the Army said in its report.

This means the soldier doesn’t have to shoulder the weapon to acquire a target.

“We are saving him three to five seconds, and increasing their situational awareness on the battlefield,” Douglas said.

The FWS-I is designed for M4 and M16 rifles. It’s capable of being mounted on the rifles in front of sights that are already bore-sighted, Kissinger said, meaning soldiers can fit the FWS-I on and off their rifle without first having to remove their day sights.

The FWS-I is also designed to work with the M249 Squad Automatic Weapon, M141 Bunker Defeat Munition, and M136 AT4 Light Anti-Tank Weapon. A “crew-served” model and a sniper version are in the pipeline as well, Kissinger said.

Maj. Kevin Smith, the assistant product manager for the FWS-I, said the gear is built to be used by dismounted soldiers with infantry brigade combat teams and Special Operations forces. For now, however, the first to field the FWS-I would probably be squad leaders and two team leaders within a squad.

Below, check out a video of the FWS-I and ENVG III being tested by a member of the civilian press at Fort Belvoir, Va. 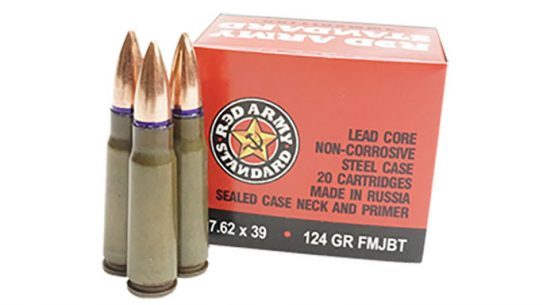