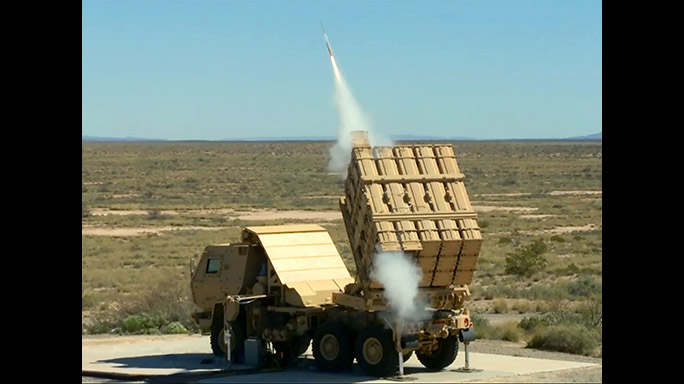 The following is a release from Boyd Collins, CMDS Communications:

The U.S. Army successfully fired a Miniature Hit-to-Kill missile from its newest launch platform, April 4, 2016. The missile successfully fired as part of an Engineering Demonstration of the Indirect Fire Protection Capability Increment 2-Intercept.

The system features a first-of-its-kind Multi-Mission Launcher, which is designed to fire a variety of different interceptor missiles, depending on the threat.

The MHTK missile has no warhead. Rather, as the name implies, it is designed to intercept and defeat rocket, artillery and mortar threats with kinetic energy during a direct hit.

In addition to the MML, the IFPC Inc 2-I System will use the Integrated Air and Missile Defense Battle Command System for its command and control, a Sentinel radar, and existing interceptors to provide 360-degree protection with the ability to engage simultaneous threats arriving from different azimuths.

The MML is mounted on a medium tactical vehicle. The launcher can rotate 360 degrees and elevate from 0-90 degrees. It consists of fifteen tubes, each of which can hold either a single large interceptor or multiple smaller interceptors.

Developed using an open systems architecture, the launcher will interface to the IBCS Engagement Operations Center to support and coordinate target engagements.

IFPC Inc 2-I is a joint collaborative effort between the Army’s Program Executive Office for Missiles and Space’s Cruise Missile Defense Systems Project Office and the Army Aviation and Missile Research, Development, and Engineering Center.

The joint CMDS/AMRDEC team brought together more than 150 subject matter experts from across the AMRDEC enterprise with representatives from six directorates and more than 20 functional areas to design, manufacture, procure, assemble, and test the U.S. Army’s newest Air Defense launcher.

The MML Product Team leveraged more than 85 industry partners to assist in design and manufacturing. AMRDEC will provide additional MMLs through the Engineering and Manufacturing Development acquisition phase, six of which will be assembled by Letterkenny Army Depot. This is the first development of a major acquisition program by the government organic industrial base in more than 30 years. 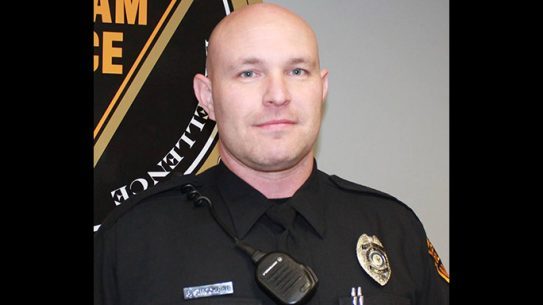 In a matter of 10 days, Officer Brian Strockbine saved three lives and also...