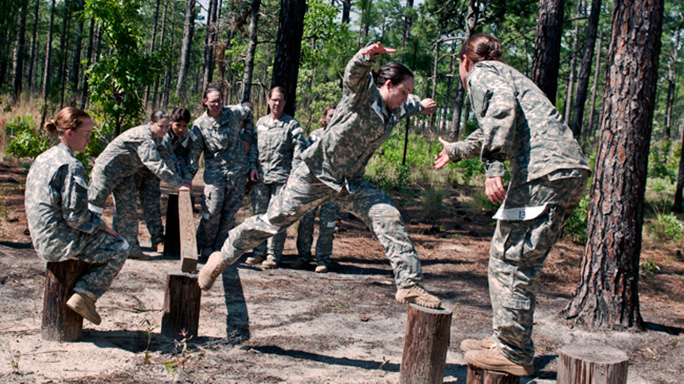 Soldiers participate in the U.S. Army Special Operations Command's Cultural Support Assessment and Selection program. It is is an important addition to the Army's special-operations community that allow specially selected and trained volunteers to serve alongside special-operations forces in a unique operating environment. Graduates of the training course are awarded a professional development skill identifier and the title of "cultural support specialist." Soon, Special Forces could be opened to female Soldiers. Infantry and armor series opened up April 1, 2016.
(Photo by Staff Sgt. Russell Klika)
Comment(s)

Beginning in April, all positions in 19 series armor, 11 series infantry, and the 13F forward observer specialty will open to women.

Women who enlist for the newly-opened specialties beginning Friday will ship to basic combat training later this year.

What it means, though, is all of the traditional combat-arms branches are now open to both female officers and enlisted.

The only remaining military occupational specialties not yet open to women are Rangers and Special Forces.

As it did with the other combat-arms specialties, the Army wants officers and noncommissioned officers in place before new female Soldiers head to infantry and armor units, Martin said. With this “leaders first approach,” the Army will have women to serve as role models as well as mentors for new female Soldiers in the unit.

That approach affects the training timeline.

Female officers will go through their combat arms basic courses later this fall and then they’ll head to their units, she said.

Women who enlist for the newly-opened MOSs will ship to their basic combat training locations “after we get the female leaders in place,” Martin said.

That buys time to get new infrastructure and cadre in place for the women.

NOT YET A FLOOD

Last year, the 12B combat engineer and 13B and 13D artillery MOSs opened to women.

“We haven’t seen a flood of young women who want to join the combat arms,” but this is about the opportunity and women understanding there are no barriers stopping them from selecting any career they choose in the Army, Martin said.

Although she couldn’t forecast the future, Martin said she suspects that over time, the trend could change as women enter combat arms specialties and serve as role models.

“Look at the three female Rangers who completed Ranger school. I think young girls are saying ‘if they can do it, I can do it too,'” she said.

They inspired not just Soldiers, but women across America, she added.

The culture is changing and in many ways has already changed with regard to women in combat arms specialties, Martin said.

Over the last 15 years, multitudes of women have deployed to Iraq and Afghanistan, where the traditional front line was blurred, she said.

“Women have held their own in combat and proven themselves over and over again. Our operators have seen that for many, many years. So, they’re ready for this,” she said.

“As I speak to our recruiting force, they welcome it as well,” she added. “They don’t see this as a big deal. They believe that as long as the standards don’t change — and they won’t — everyone should have the same opportunities. When you put on our uniform and when you join our family, it doesn’t matter what gender you are.”

Martin said when she asks Soldiers if they have daughters, a good number say “yes.”

She said she then challenges them. “How would you feel if someone told your daughter she could not do something? They all agree that if their daughters wanted to do something, they should have the opportunity. What an exciting time this is for our Army and for the United States.” 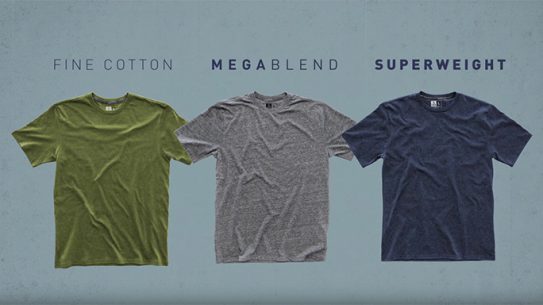