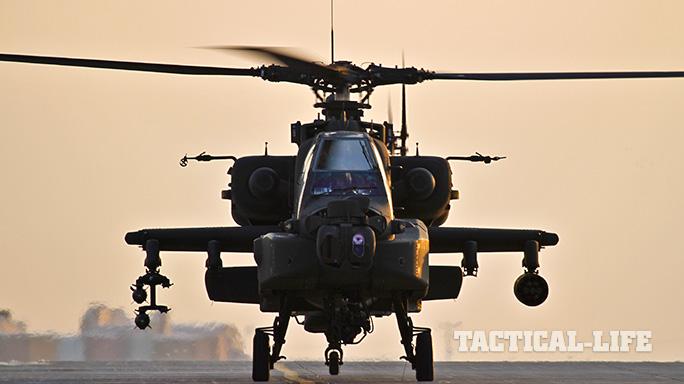 The Army expects later this year to reach a Milestone B decision with its laser-based common infrared countermeasures, or CIRCM, defense system program.

The CIRCM system, under development now by both BAE and Northrup Grumman, provides a light-weight, laser-based countermeasure against man-portable air defense systems, which are missile launched from the ground at their targets — including Army and Navy aircraft.

“My No. 1 priority as a project manager is to protect our Soldiers lives — in this case, aviators and their passengers — against the current threats out there,” said Col. Jong H. Lee, project manager for Aircraft Survivability Equipment. “The common infrared countermeasures program is going to do that. It will increase protection of our Service members against an ever-evolving threats.”

It is expected that the CIRCM system will begin fielding in Fiscal Year 2019 to both the Army and the Navy, and will be used aboard helicopters, tilt-rotor aircraft, and small fixed-wing aircraft.

Included among those aircrafts are the AH-64 Apache and the UH-60 Black Hawk. Within the Department of the Navy — a partner in the CIRCM program — the AH-1 Cobra will receive the system, as will the MV-22 Osprey. In the future, Lee said, the Advanced Threat Infrared Countermeasures system aboard the CH-47 Chinook will be replaced with the CIRCM as well.

Lee said the primary threat CIRCM is meant to address is Man-portable air-defense system, also known as MANPADS, which are in use worldwide by both nation states as well as non-state actors.

The CIRCM works in conjunction with the Army’s existing Common Missile Warning System aboard aircraft now. The CMWS can detect an incoming threat from a MANPADS and automatically pass relevant information about that threat to the CIRCM system.

CIRCM works in combination with the missile warning system to detect and defeat MANPADS.

Missiles launched from MANPADS are typically guided by infrared capability, Lee said. The missiles guide themselves toward a target’s infrared heat signature. The laser that is part of the CIRCM system takes advantage of that.

Insofar, as pilot interaction is concerned, Lee said the entire system is automatic. “They only have to turn it on,” Lee said. “It’s meant to be fully automatic. It really makes it an extremely valuable system for the pilots and the passengers.”

Lee said the CIRCM system primarily includes three components: a pointer/tracker unit, laser, and system processor unit. These three primary pieces of hardware are part of what Lee said is called the “B-Kit” portion of CIRCM.

The system also includes what is being called an “A-Kit.” The A-Kit portion includes the wiring and harnesses that must be installed in an aircraft before the B-KIT can be installed.

Lee said it takes “several hundred hours” to install an A-Kit into an aircraft, while it takes only a few hours to install the B-Kits in an aircraft if the A-Kits have already been installed.

With this configuration, he said, it will be easy to move the B-Kit hardware — the primary system hardware — from one A-Kit-equipped aircraft to another. This means that aircraft can be easily equipped with the CIRCM system if it is needed for a mission, or the system can be removed and used elsewhere if an aircraft does not need it.

“We want to make sure we have the ability to deploy, and move the B-Kits around. We are doing that with other systems too, such as with the CH-47 ATIRCM [advanced threat infrared countermeasures],” Lee said.

Lee said the biggest difference between CIRCM and other counter-measure systems currently in use — including the ATIRCM — is that CIRCM is so light weight. The B-Kit portion of the system weighs just 85 pounds, he said. And the Army is working with contractors to reduce the weight of the A-Kits as well.

“That’s a really big factor,” Lee said. “A lot of our Army aircraft don’t have excess space or capacity. We wanted to make sure we provide a lightweight system that provides great protection against these threats out there.”

He said that both the ATIRCM — used now on the CH-47 Chinook — and the large aircraft infrared countermeasures systems, used by the Air Force, are too large for some of the aircraft the Army wants to protect with the CIRCM system.

Also, he said, the CIRCM system is designed with open systems architecture to be easily expanded, to take on more threats than what exist today.

“Because of the way we designed the system as being open architecture, it allows us to have growth for emerging threats,” he said.

He also said that while the Army already has countermeasures onboard aircraft, CIRCM will offer a more robust level of protection.

“With a laser system, you have unlimited rounds you can dispense against threats,” Lee said. “Also, it’s a lot more agile in allowing us to adapt to the threats. It gives us an opportunity to provide increased protection, but also the ability to be adaptable to future threats.”

Right now, Lee said, development of CIRCM has passed a “Milestone A” decision and is in the technology maturation and risk-reduction phase, during which time the cost risks associated with technology, engineering, integration, and life cycle are reduced. During this phase, the CIRCM must also reach “technology readiness level 6.” This will allow the program to successfully pass a “Milestone B” decision.

When Milestone B is reached, the program will award a contract for the “engineering and manufacturing development phase” to just one contractor — eliminating one of the current two contractors from competition.

“That phase is to develop, build and test a product to verify it meets requirements — documented requirements,” Lee said.

The Milestone B decision is expected to be made in within this Fiscal Year. 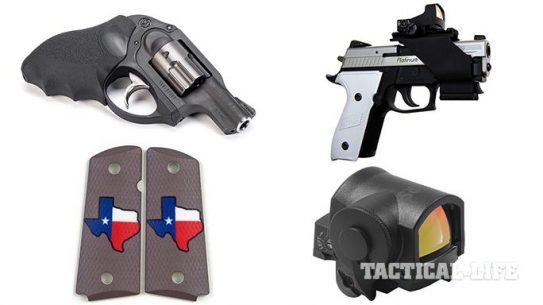 Accessorize your handgun with these rugged grips, optic mounts and reflex sights to keep...