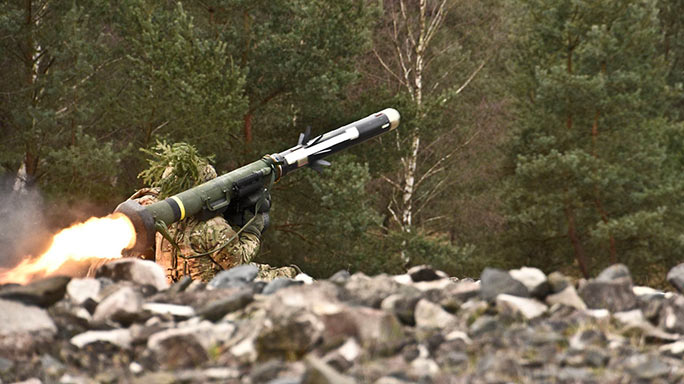 Photo by Sgt. William A. Tanner
The proliferation of anti-tank missiles, chemical-energy munitions and shaped charges may put conventional armor at a disadvantage in the future, said Gen. David Perkins, TRADOC commander. "Better think of a different way to protect," he told those at the Mad Scientist Conference, Aug. 8, at Georgetown University in Washington, D.C. Here a Soldier, assigned to 4th Squadron, 2d Cavalry Regiment, fires a Javelin anti-tank missile at the Grafenwoehr Training Area, Germany, Feb. 24, 2016.
Comment(s)

“There’s a preoccupation with trying to predict the future,” said Gen. David G. Perkins, TRADOC commander. He challenged the group assembled at Georgetown University to describe the future —
not predict it.

“That sounds like a nuance, but actually it’s a significant nuance,” Perkins said. He explained that describing the future requires having a well-rounded understanding of the environment. It means understanding the changing variables and not “hardwiring” a solution.

During the conference, these “mad scientists” are tasked with describe the strategic security environment in 2050. The Mad Scientist initiative is co-sponsored by the Chief of Staff of the Army’s Strategic Studies Group, TRADOC, and the Georgetown University Center for Security Studies.

This is the second year a group has met in Georgetown for this ongoing intelligence initiative. Speakers include Chief of Staff of the Army Gen. Mark Milley, along with the editor of Popular Science Magazine, the president of FutureScout LLC, the director of the Australian War Research Center and representatives from universities across the country.

Perkins told the group that he’s not looking for innovative ideas. What he wants is innovation, which he defined that as turning critical thinking “into valued outcome.”

The Army has no lack of innovative thinking, he said, but because of bureaucracy and an all-or-nothing mentality, it’s often difficult to follow through on innovative ideas. In business, many companies with innovative ideas have gone bankrupt, he said, because they couldn’t bring those ideas to market.

One of the things that characterize innovative companies is a high rate of collaboration, he said. That’s what the Mad Scientist Conference is all about.

The military often has an “obsessive-compulsive nature to get everything digital,” he said. “What happens is we miss opportunities to shape the future. We get consumed with responding to the future.”

A different way of approaching the future would be to ask the question, “What puts the U.S. Army at an advantage?”

“We don’t do as good a job thinking two moves ahead, especially if we’re successful,” Perkins said about the military. He said success tends to hardwire a tactic or technique and make it permanent. But the enemy adapts.

For instance, he said the U.S. has the best targeting capabilities in the world. So enemies decide not to be a target. They don’t wear uniforms; they don’t assemble in large formations; they blend in with the population; and they go subterranean.

Any technical innovation is only temporary, Perkins reminded his audience. The enemy will soon adapt.

“Technology has become the most transferrable of our capabilities,” he said. Years ago, stealing a trade secret required taking blueprints and reams of documents. “Now all you need is a thumb drive.”

As an armor officer, Perkins said he has long appreciated the protection afforded by the M1 tank and Bradley Fighting Vehicle. “I’m used to getting my protection from tons and tons of armor,” he said.

Advanced protection for combat vehicles is one of the capabilities that TRADOC leaders believe will be critical in 2050.

“The problem we’re seeing now is, with the proliferation of ATGMs (anti-tank guided missiles), chemical-energy munitions, shaped charges … is that the cost curve as well as the physics (are) working against us,” Perkins said. “It’s much easier to develop new ways to penetrate the armor.”

Changing penetrating charges is relatively inexpensive compared to producing new armored vehicles, he said. The adversary can update more quickly and at lesser expense. The old paradigm of “more and more armor” may be outdated, he said.

“Better think of a different way to protect,” he said. What’s needed are capabilities, rather than things, he said. He challenged the group to avoid some of the “traps” that discussions of the future often fall into.

The above content is a press release from Gary Sheftick and the U.S. Army 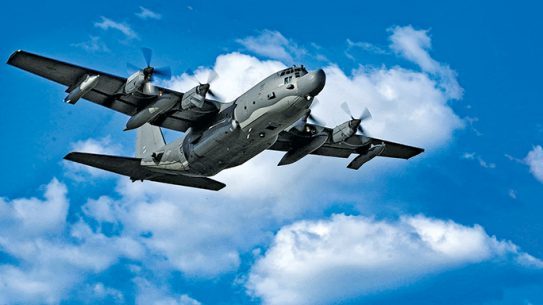