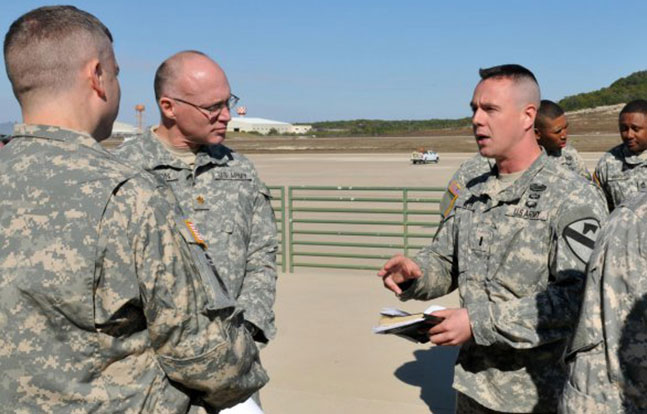 The rooms are ready, and morale and welfare services are in place.

The Department of Defense directed Fort Hood and several other locations across the U.S. and Europe to put into place a 21-day program to reintegrate personnel who were assigned, stationed or transited through areas affected by the ongoing Ebola Virus Disease crisis. Taking an extra step to protect American communities, as well as Soldiers returning from Operation United Assistance in West Africa, the Fort Hood site will monitor personnel considered to be of no known or little risk of having had contact with Ebola.

The 2-82 FA “Steel Dragon” Battalion was charged with setting up and initially manning the Fort Hood controlled-monitoring site, referred to as a CMS. After completing the initial set up, the Soldiers there are now ready to welcome and process troops through the monitoring site. Regardless of where their original home station might be, returning Soldiers will receive topnotch care from the cadre and qualified medical personnel. Civilian employees have the option of staying at a CMS, or conducting self-monitoring techniques upon their return.

“We (the battery) have medics on site, as well as medical personnel from Carl R. Darnall Army Medical Center, to provide any assistance the Soldiers or civilians may need,” said 1st Lt. Jeff Meek, a platoon leader with Battery B, 2-82 FA.

Meek, who hails from Chicago, is one of three officers responsible for maintaining operations at the site. Each location is capable of monitoring approximately 100 personnel, who would receive medical screening every 12 hours.

Lt. Col. Ryan McCormack, Steel Dragon commander, was impressed at how diligent his troops were with making the site operational.

“It was great how quickly everything came together,” said McCormack. “I was very impressed with my team’s work.”

Each of McCormack’s three 19-man teams serves as representatives for the cohorts — or groups of returning personnel — and perform tasks ranging from running errands to ensuring important CMS timelines are accurately maintained.

“Soldiers being monitored will not only be cared for, but given every opportunity to complete all the reverse transition functions they would normally perform when arriving back from overseas,” said Meek.

Performing reintegration functions during the monitoring period helps streamline redeployment tasks, so when the 21-day period is complete, service members can return home and have more time to spend with their loved ones. While there, Soldiers have access to morale, welfare and recreation activities to pass the time.

“In addition to conducting scheduled physical and required annual training, Soldiers will have a recreation room, dining area and gym,” said Meek.

Buildings are equipped with Wi-Fi, video games, exercise equipment, computers and television. Having Internet available affords Soldiers the opportunity to speak with family members and loved ones on a consistent basis.

Everyone from elements of III Corps, with Carl R. Darnall Army Medical Center and from Fort Hood garrison has helped ensure the site and operations will do well, said McCormack. It is critical everyone knows their part and is always ready to accept incoming flights.

Reminding his Soldiers that they too could have been called upon to deploy to West Africa, McCormack wants his Soldiers to think of how they would want to be treated if they were being monitored upon return.

With about a one-week call-up period, the crews maintain a regular work schedule until they receive word that personnel are arriving to their location. Given all of the training throughout these past weeks, including site set up and rehearsals on how to receive personnel, McCormack is confident his Soldiers will carry out their mission well.

“This is more than another mission,” said McCormack. “This is an opportunity to help care and respect our fellow Soldiers, so they can return home safely and knowing their families will be safe.” 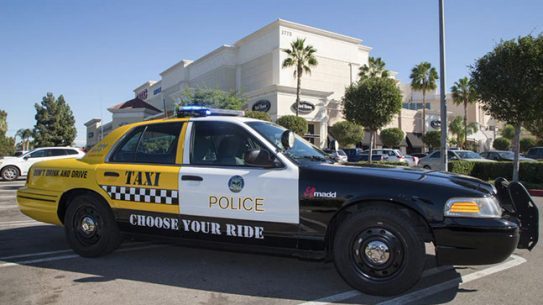 Bar patrons in California can make sure it's safe for them to get behind...