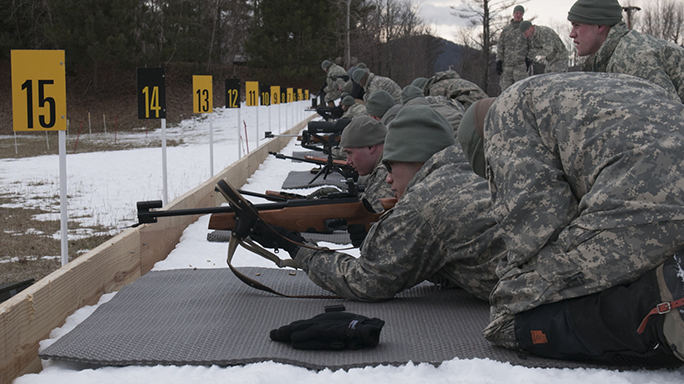 The following is a release from Spc. Avery Cunningham and the U.S. Army:

Gliding quickly across the snow, a skier pushes off with his poles, tossing snow behind him. The skier is followed by another and then another; all of them wear Army uniforms.

“The focus for the entire winter was to return Alpha Company to some of the mountain roots that it prides itself on,” said 1st Sgt. Daniel Westover, the company 1st sergeant for Alpha Company, 3rd Battalion, 172nd Infantry Regiment (Mountain).

The training is substantially different from other training that most infantry units perform on a regular basis.

“It expands into a very specialized skill set,” said Spc. John Nicastro, an infantryman and a new transfer to the unit. “You’re not going to go into any other line infantry company and going to know how to do ice climbing and cross-country skiing in a combat environment.”

As part of the mountaineering focus, the company practices both downhill and cross-country skiing.

Last drill, they had a downhill ski day, Westover said. They’re working on skiing cross-country style here, so they’re continuing to grow on the over-snow mobility.

This drill, the unit combines skiing with shooting as a mini-biathlon to train Soldiers to shoot under duress.

They’re planning on sending them on a one and a half kilometer loop three times, with shooting in between laps, said Staff Sgt. Joshua Cobb, a squad leader. This is an extreme test not only of their ability to ski and to shoot, but also of their ability to shoot under stress.

Familiarizing Soldiers with a new, different weapon adds an element that the M16 rifle lacks.

Using the biathlon weapons is an unexpected advantage, Cobb said. An unusual weapon gives the men confidence in being able to pick up a new weapons system that could be completely foreign to them, learn about it quickly and then implement when needed.

The new training brings the Soldiers together as a unit to face the challenge.

“A lot of us are trying something new for the first time, so we get to try it out together,” Nicastro said. “It’s a good cohesion activity.”

Despite the new training, the Soldiers are learning quickly.

A lot of the Soldiers, new to skiing, have shown great improvement and can now move themselves from point A to point B without difficulty, Westover said.

“The men have been getting a lot more comfortable and proficient with their equipment and their own personal skills,” Cobb said. “The amount of skill that I have seen has increased a lot from last month to this month.”

A large part of the company’s success can be attributed to the mentoring between Soldiers, who were coaching others under the guidance of team and squad leaders, Nicastro said.

The experienced unit leaders use their skills to teach the Soldiers and to set an example.

The higher leadership at the company level are experienced and skilled in mountaineering and over-snow mobility tasks, Cobb said. “They set the bar high for me even; I think when our Soldiers see that, see that even I’m trying; they have to keep trying.”

The Soldiers don’t only work on their skill set during drill, they work hard between drills to better their skills.

Though not currently in use in combat, the skills have been used before engagements and may be critical in the future.

The 10th Mountain Division conducted skiing and over-snow mobility missions during World War II and the skills have not been deployed since, Westover said. However, looking at possible scenarios in the Arctic where there is flat tundra terrain, cross-country skiing would be the most practical way to move troops around.

The training is great exercise for conditioning the Soldiers.

“If nothing else, it’s awesome physical exercise, so at the end of the day I’m going to have quite a few tired Soldiers,” Westover said.

The training so far has greatly improved morale.

“There were definitely some people who were a little intimidated by that mission and from what we’ve seen so far – I’ve seen guys that are really liking it, they seem happy doing it and I haven’t really heard anybody complaining about it – I think it’s a success,” Westover said.

The training has proven to be a success. It’s this training that keeps the Alpha Company, 3rd Battalion, 172nd Infantry Regiment (Mountain) prepared for missions. The skill set they attain from the training gives them a wide variety of abilities and improves the morale and cohesion of the unit. 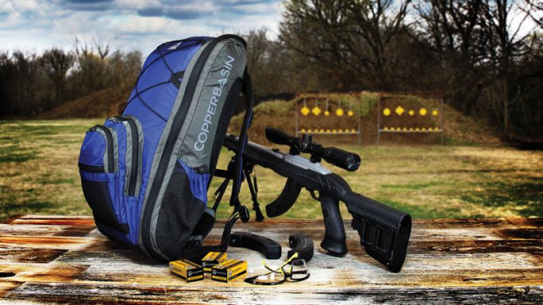 The all new Ruger 10/22 Takedown Backpack from Copper Basin features a quick access...