An Army Ranger who was on his 14th deployment to a combat zone has been killed in Afghanistan.

Sgt. First Class Kristoffer B. Domeij, 29, was killed Saturday when the assault force he was with triggered a hidden roadside bomb in Afghanistan’s Kandahar Province.

Domeij served four deployments in Iraq and another nine stints in Afghanistan. During that time he was awarded two Bronze Stars. His third Bronze Star, earned during his final tour in Afghanistan, will be awarded posthumously, according to the U.S. Army Special Operations Command.

His battalion commander, Lt. Col. David Hodne, described Domeij as “one of those men who was known by all as much for his humor, enthusiasm, and loyal friendship, as he was for his unparalleled skill and bravery under fire.”

“This was a Ranger you wanted at your side when the chips were down… He is irreplaceable … in our formation … and in our hearts,” Hodne said. 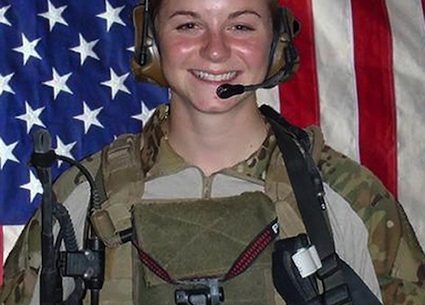