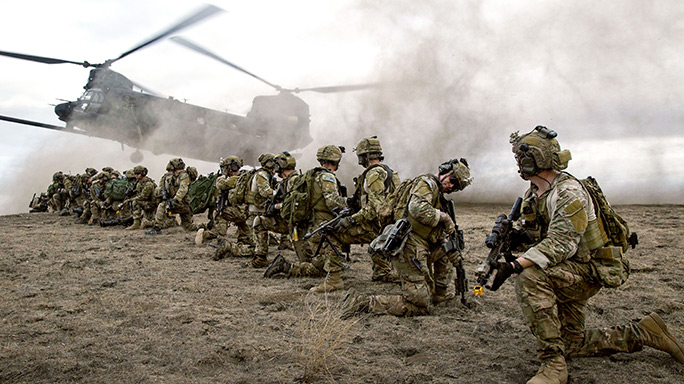 Modernization in the Russian military has resulted in exceptional cyber, electronic warfare, and anti-access/area-denial capabilities that have raised concerns in the U.S. Army, particularly in the wake of Russia’s 2014 invasion of Crimea and subsequent involvement in Syria.

“What we saw is that even though we are the best trained and best equipped Army in the world, our adversaries and technology don’t wait on our timetable,” said Maj. Gen. Walter E. Piatt, director for operations of the newly created Army Rapid Capabilities Office.

“Things keep moving. And we saw that very clearly with Russia’s efforts in Crimea and Ukraine.”

In an effort to ensure a rapid boost to the U.S. Army’s own similar capabilities and prevent capability gaps from developing in the future, Secretary of the Army Eric K. Fanning has directed the creation of the Army Rapid Capabilities Office. That office stood up on Aug. 11.

“Its purpose is to really look at urgent, immediate or emerging threats that are defined by the combatant commands that the secretary and the chief of staff believe are critical in nature,” said Doug Wiltsie, who serves as director of the Rapid Capabilities Office.

The goal of the office, according to Piatt, is to ensure that the capabilities of U.S. forces supersede those of current and potential adversaries.

“We need to … make sure that they are offset from us, not the other way around,” he said. “Operations in Ukraine showed some really good examples that our adversaries developed while we were fighting a long war, mainly a counter-insurgency war in Afghanistan and Iraq.”

The Army already employs multiple avenues to develop and procure gear and equipment. The traditional acquisitions process, for instance, is meant for long-term development and procurement of systems like the Armored Multi-Purpose Vehicle and the Future Vertical Lift.

“[Such systems are] designed for all phases of war in all types of terrain. So they require a much longer development and testing process,” Wiltsie said.

On the short side of acquisition is the Rapid Equipping Force, which allows Soldiers or units in immediate need to file an urgent operational needs statement; the REF will respond, typically in fewer than six months, with a materiel solution that in most cases is developed on-the-fly by the Army, sometimes even in theater.

Output from the new Rapid Capabilities office is meant to hit a “sweet spot” in development timelines of between one and five years, Wiltsie said. It is meant neither for immediate solutions, nor long-term development of projects like aircraft or vehicles. Its purpose is close the capability gaps with rapidly evolving technologies that require a dedicated fast-track to approval.

“The Rapid Capabilities Office is focused on what it says: capabilities,” Fanning said. “We’re not embarking on creating new systems or new platforms. We’re not focused on building a new helicopter, for instance.

“We’re going to use this office because some technology on a helicopter isn’t giving us the edge over an adversary that it should. But it might mean that some capabilities being developed for a future helicopter need to be developed faster.”

A TEAM OF EXPERTS

Right now, the staff of the Rapid Capabilities Office is a bit of a skeleton crew, with Wiltsie and Piatt at the top of the pyramid.

It will require more than just two men and a staff to identify the most critical capability gaps, develop solutions, and then deliver them to the field in less than five years. And it will require a process different than the traditional acquisition process.

What it will take, according to Wiltsie, is active interest from senior leadership in the Army. To that end, a board of directors led by the secretary of the Army himself will serve as the top decision-makers. But other top leaders and organizations will also influence the Rapid Capabilities Office, Wiltsie said.

“In order to provide a holistic solution and a holistic assessment of what capabilities we are trying to bring to bear, you have to have Army Training and Doctrine Command’s involvement as the subject matter experts in doctrine, organization, training and leadership,” Wiltsie said.

“And [also] Army Forces Command, clearly, because they are the generating force command. Their operational units will be receiving the equipment, so we need FORSCOM performing the operational assessment of the equipment.”

With that level of Army leadership directly involved in the identification of capabilities and procurement objectives, solutions are apt to move along much more rapidly than they would through traditional acquisition, Wiltsie said.

“You reduce the number of levels of oversight,” Wiltsie said. “But it’s the most immediate, urgent, or emerging threats that they believe the Army will encounter. So you shorten the level of oversight and you get decisions fast.”

The board of directors will be responsible for identifying the procurement objectives to be developed. As of this writing, the board hasn’t met, so it has yet to pass on its first development objectives. The general direction, Wiltsie said, will involve cyber, electronic warfare, and positioning, navigation and timing capabilities.

Once the Rapid Capabilities Office board of directors decides on an objective, Wiltsie said, his office will perform an analysis and return to the board with their results and request approval to move forward for prototyping of a solution.

Upon receiving approval, the Rapid Capabilities Office will develop and test a prototype and then perform an operational assessment of the prototype’s effectiveness, as well as the training and maintenance required to implement it.

Wiltsie said the Rapid Capabilities Office will make use of every opportunity to perform operational assessments, including the Network Integration Evaluations and Army Warfighting Assessments held at Fort Bliss, Texas and White Sands Missile Range in New Mexico.

Involvement of Army Forces Command at the level of the board of directors will ensure that Army units will be available to run the operational assessments. After analysis and prototyping, Wiltsie said, the Rapid Capabilities Office will either enter limited production, further refinement, or shelve the idea.

Piatt said the Rapid Capabilities Office can count in senior leader buy-in, because the leaders will be involved from the start in identifying capability gaps and in the decision-making process to move forward. That means solutions should reach the Army much faster than they would though traditional procurement.

But the process should also ensure more robust and future-proof solutions than those typically provided through the REF process.

“We’re filling a gap that can meet a tactical need, in the near term, but also helps close a strategic gap, and move existing technology together so the Soldier doesn’t have that demand,” Piatt said. “The Army is always evolving.”

Piatt cited Army chief of Staff Gen. Mark Milley’s remarks on always being prepared “for the last war,” in part as an impetus for creation of the Rapid Capabilities Office.

“If we have a capability that the Rapid Capabilities Office can give the Army to [meet] that near-term need and emerging far-term gaps, we are going to close that gap,” Piatt said.

“I think the best thing we will be able to do for Soldiers is not put them at an un-readiness in the future, but make them ready for today and also prepared for the future.”

“Our Army, as the principal land force of a global power, does not have the luxury of preparing to fight only one type of enemy at one time, in one place. We must be prepared across the full spectrum of conflict,” Fanning said.

“The Rapid Capabilities Office will enhance the Army’s ability to confront emerging threats and improve our acquisitions process; it will improve our ability to provide our Soldiers what they need when they need it, and it will allow our Army to be more nimble in our efforts to stay ahead of change and innovation.”

The above is a release from C. Todd Lopez and the U.S. Army 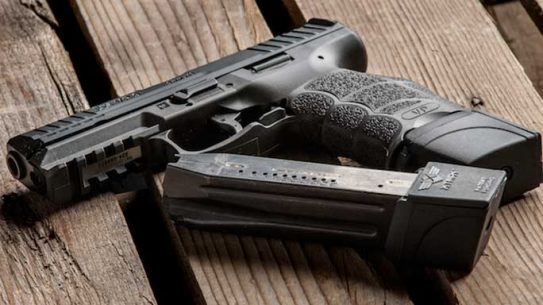 New for 2016, XTECH Tactical is offering its Five-Round Magazine Extender for the HK...