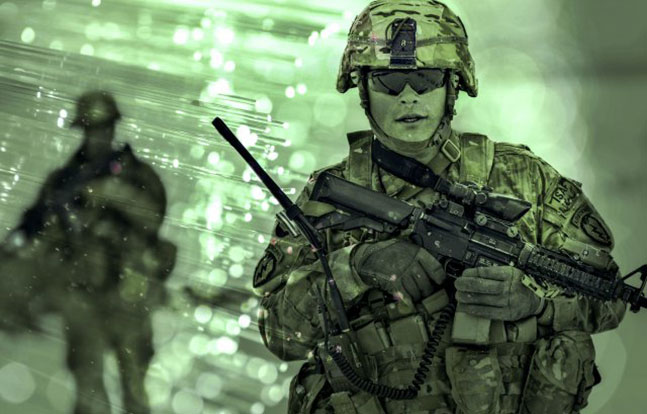 Army researchers are working on flexible plastic sensors that could be attached to individuals, gear or vehicles. With this technology, Soldiers will gather information on the chemical-biological environment, troop movements and signal intelligence.
Comment(s)

Sensor technology has broad application across the Army. Medical researchers are investigating how physiological sensors may help Soldiers achieve superior performance on battlefields of the future. Soldiers of 2025 and beyond may wear sensors to help detect and prevent threats such as dehydration, elevated blood pressure and cognitive delays from lack of sleep.

“I think that Army [Science & Technology] is looking at a broad number of approaches for what sensor capabilities we will need to meet future challenges,” said Deputy Assistant Secretary of the Army for Research and Technology Mary J. Miller in an interview with Army Technology Magazine. “We’re looking to improve situational awareness, mobility, lethality and even improve the maintainability and effectiveness of our systems.”

Miller is the featured interview for the January-February 2015 issue of the publication, which focuses on the future of Army sensors.

“Sensors and situational awareness are the keys to our Soldiers being effective,” Miller said. “I think we’ve all seen the reports that have come out of Afghanistan, where unfortunately a majority of the engagements our Soldiers (at the squad and team level) had with the enemy is because they were surprised. That is a situation in which we do not want to put any of our Soldiers. Holistically the work we have been doing in our sensor technology areas is to help ensure that never happens.”

As the Army looks to the future, sensors will become smarter, smaller and cheaper.

“Our real goal will be to build in multi-functionality,” said Karen O’Connor, Command, Control, Communications, and Intelligence portfolio director for the Deputy Assistant Secretary of the Army for Research and Technology in the Office of the Assistant Secretary of the Army for Acquisition, Logistics and Technology. “There are sensors in imaging, motion detection, radar, chemical-biological detection and more. At the end of the day, sensors are all about collecting data.”

One critical area of research is enhancing air operations in degraded visual environments, known as DVE. At the Aviation and Missile Research, Development and Engineering Center at Redstone Arsenal, Alabama, Army engineers are advancing and implementing new technologies. One research program fuses images of multiple sensor technologies such as radar, infrared, and laser detection and ranging, also known as ladar. Each of these sensor technologies provide unique advantages for operating in various types of DVE conditions.

“Successfully fusing the images of radar, IR, and ladar provides the pilot a more accurate, high-resolution picture of the operational environment in all DVE conditions by exploiting the advantages of each sensor technology and compensating for its weaknesses,” said Maj. Joe Davis, an experimental test pilot at Aviation and Missile Research, Development and Engineering Center, or AMRDEC, Aviation Applied Technology Directorate.

In the future, sensors will be everywhere.

“Army researchers are working on flexible plastic sensors that could be attached to individuals, gear or vehicles. With this technology, Soldiers will gather information on the chemical-biological environment, troop movements and signal intelligence,” said Jyuji Hewitt, executive deputy to the commanding general of the U.S. Army Research, Development and Engineering Command. “The Army of 2025 and beyond calls for advanced sensors that can locate and identify threats, enable protection systems to counter those threats and make it less likely an enemy will detect our vehicles.”

Sensors are redefining our world and how research and development community supports Soldiers.

“Sensors are no longer considered simple, separate sensing elements that are just components in a standalone weapon system,” said Dr. Donald A. Reago Jr., director of Communications-Electronics Research, Development and Engineering Center’s Night Vision and Electronic Sensors Directorate, at Fort Belvoir, Virginia. “[Sensors] are becoming holistic cross-domain solutions unto themselves that provide capabilities greater than the sum of their parts.”

As networking and communication technologies become decentralized and integrated into dynamically aware sensors, sensors have emerged as a focal point where Soldiers are connected into the digital battle space at both the individual and global level, Reago said.

The Army is really relying on its scientists and engineers, Miller said.

“We are being asked to stand up and deliver, and I fully expect that we will,” she said. “I have yet to see us fail at being able to solve a problem.” 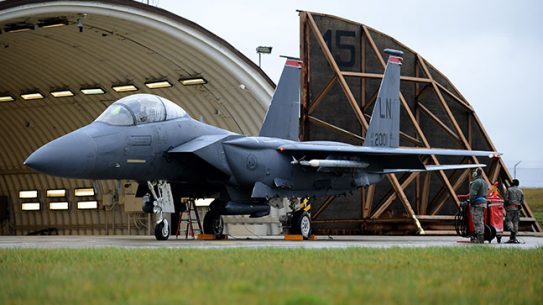 US Air Force pilots assembled at Spangdahlem Air Base in December for a five-day...