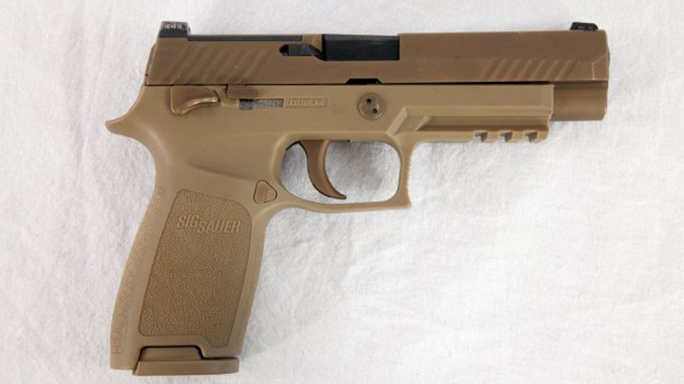 1 of 4
Photo by Sig Sauer
Sig Sauer XM17
The Army’s new modular handgun, the XM17 and XM18, will be fielded by the 101st Airborne Division at Fort Campbell, Kentucky, in November. 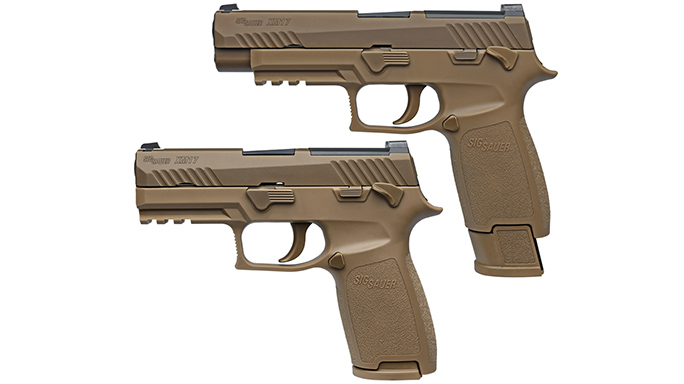 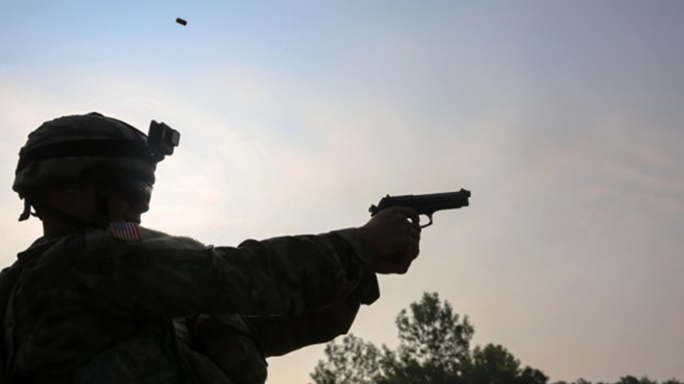 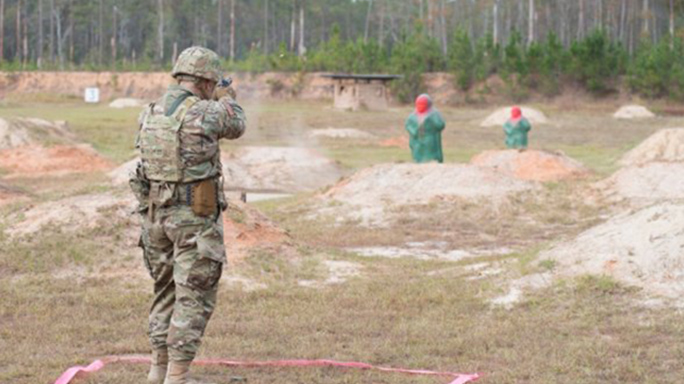 4 of 4
Photo by Lt. Col. Brian Fickel)
Sig Sauer XM17
A soldier assigned to the 3rd Infantry Division fires an M9 pistol during the three-gun shoot competition Nov. 14, 2016 at Fort Stewart. The Army’s new modular handgun, the XM17 and XM18 will be fielded by the 101st Airborne Division at Fort Campbell, Kentucky, in November. 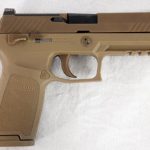 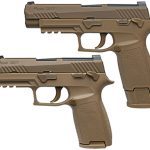 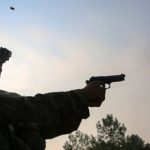 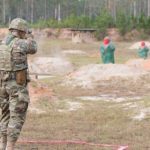 The U.S. Army is set to begin fielding the Sig Sauer XM17—the winner of its Modular Handgun System competition to replace the Beretta M9—starting in November.

In a press release, the service confirmed members of the 101st Airborne Division at Fort Campbell, Ky. will get the first 2,000 Sig Sauer XM17 pistols. The plan is to field the new handguns at a different post each month from November 2017 until September 2018, except for March and April. The Army will eventually distribute the sidearms to all units over a 10-year period.

Army soldiers tested the XM17, a modified Sig P320, this spring at Aberdeen Proving Ground in Maryland. The results were overwhelmingly positive, with everybody in agreement that the XM17 was an improvement over the M9.

“That’s an uncommonly positive thing,” said Lt. Col. Steven Power, product manager of Soldier Weapons. “Typically even in our own households, when you’re buying a new car, there’s things that people like about the old car better than the new one,” he said.

Not so with the Sig Sauer XM17, which the soldiers found was more comfortable to shoot and had better confidence in than the M9, said Power, who added that soldiers can look forward to improved durability and adjustability over the M9, in addition to interchangeable grips that fit comfortably. They also have an external safety and self-illluminating sights for low-light operations.

“A big reason why the modular handgun system is such a leap ahead in ergonomics is because of the modular hand grips, instead of just making a one size fits all,” Power said. “The shooter will have a handgrip that fits their hand properly which does a lot to improve accuracy — not only on the first shot but also on subsequent shots.”

The Beretta M9 had a good run—it was first issued in 1986—but it was time for a change, according to Power.

“That’s pretty dated technology,” Power said of the M9. “The specific performance improvements from MHS over the M9 are in the area of accuracy, dispersion (and) ergonomics. And ergonomics isn’t just about the comfort of the shooter.”

Sig Sauer won the Army’s $580 million Modular Handgun System contract back in January. Shortly thereafter, Glock filed a protest over the decision with the Government Accountability Office, which was rejected in June. Later that month, Glock released images of its 9mm Glock 19 and .40 S&W Glock 23 variants which were submitted for the MHS competition. Weeks later, Glock VP Josh Dorsey broke his silence, calling on the Army to finish testing, which he said was never completed. That request was rejected by the Army, which told military.com that the MHS “contract award speaks for itself.”

Bottom line, the Sig Sauer XM17 is now the official sidearm of the United States Army. 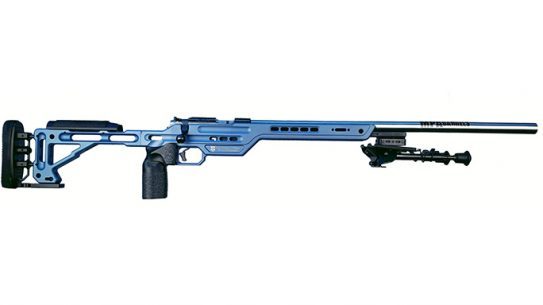