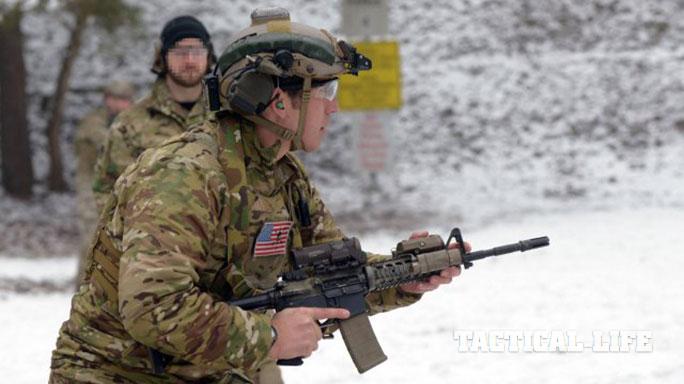 The following is a news release from Lisa Ferdinando and the U.S. Army:

“I truly do believe that we’re in an era where as the world becomes more complex, we’re going to have to get and make a science out of how to fight or use all of our capacity as a nation,” Cleveland said.

He was a featured speaker on the panel, “Special Operations Roles Countering Evolving Global Terrorist Threat and Political Warfare.”

The world has changed dramatically in the past few years, Cleveland said.

“Up until about three years ago, we assumed away the problem with a resurgent Russia,” he said.

The Islamic State in Iraq and Syria, or ISIS, was something dealt with as a “minor problem,” he said, but now has become a full-fledged, “religious-based insurgency occupying terrain and now governing.”

Another threat came from the Ebola virus in West Africa, where, “we had to take our capabilities to organize and address problems and put them in against a problem that was threatening segments of humanity,” he said.

“That’s in fact what the future is going to portend, I think, for us,” Cleveland said.

Budgetary cuts forced USASOC to “redesign the force based on what we knew were chronic problems in the past,” he said.

“We, like everybody else, had to take a ‘haircut,'” Cleveland said.

“The bottom line was we were going to get better, not bigger,” he said.

USASOC made sure the force knew the command would invest “more so than we had done in the past” in the individuals, despite all the “hand-wringing” over budgets and having to do more with less personnel, he said.

In addition, the “narrative” had to change, he said.

“The narrative … as a force provider for Army Special Operations capability had been clouded by direct, indirect forces, kinetic, non-kinetic forces, black-white forces, and even theater and national forces,” he said.

With many indigenous-based challenges, “you can’t know everything that you need to know,” he said.

“SOF [Special Operations Forces] has an operational-level responsibility that is new and that we have to rise to the occasion for,” he said. “There is an operational science to what we do.”

Operational art is no longer the “purview of just conventional forces,” he said.

Special Operations practitioners and leaders need to develop it, he said, adding,”we need to put gray matter and money against what in fact is that thing that is soft operational art.”

PRIORITIES FOR A CHANGING WORLD

The other imperatives are “to make firm our ability to operate with the interagency” environment, develop “soft operational art,” and improve “unconventional warfare capabilities,” he said.

Enemies of the United States are operating just “left” of where there would be a response from the Joint Task Force, or JTF, otherwise they would “incur the wrath of what is a very lethal JTF,” he said.

The global environment is “descending back into an environment where whole of government, whole of nation becomes important,” Cleveland said.

“We’ve talked about it a lot through Afghanistan and Iraq, we’ve coined that phrase and re-coined it again, but as we look forward, we’ll see that as increasingly important to our success in how we compete in that area,” he said.

What winning looks like needs to be pondered in this environment of unconventional threats, Cleveland said.

“We compete in this messy, left-of-JTF threshold area,” he said.

“Winning isn’t the parade down Madison Avenue; winning is going to have to have a different type of definition,” Cleveland said. “We need to engage in what is that definition.” 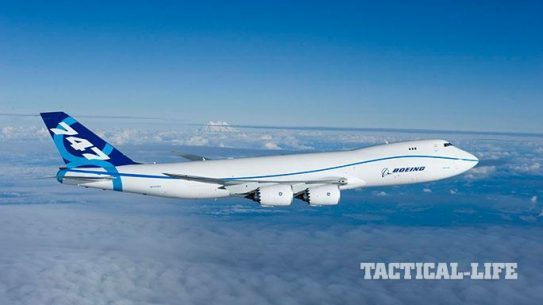 Boeing 747-8 Platform Chosen For Next Air Force One

Boeing 747-8 prevails over Airbus A380 as only four-engine platform that could successfully meet...