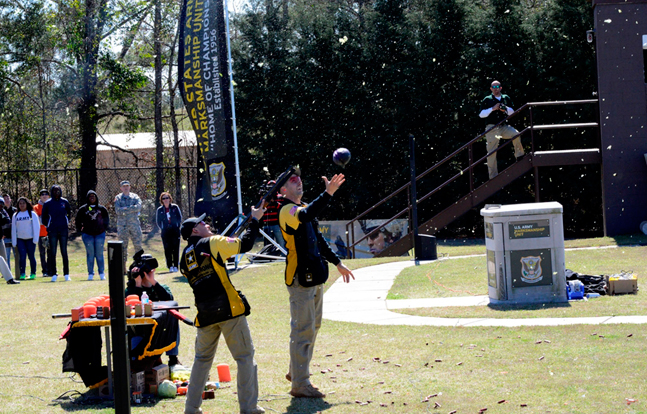 “A lot of centers of influences, educators and students attend this event every year and get a feel for what we do in the Army,” said Sgt. 1st Class Christopher Ortega, USAMU accessions liaison.

The day began with the “Rangers in Action” demonstration by the Ranger Training Battalion. The Soldiers demonstrated the variety of skills that an Army Ranger possesses, such as rappelling, air assault, water insertion from a helicopter and hand-to-hand combat.

The next stop was the USAMU’s Hook Range where members of the Action Shooting Team and the Shotgun Team showcased their expert marksmen skills. Staff Sgt. Lee Dimaculangan demonstrated the speed and the skill-set needed for action shooting. Shotgun shooters Sgt. 1st Class Mark Weeks and Staff Sgt. Josh Richmond wowed the crowd while they engaged traditional and non-traditional targets, such as fruits and vegetables, out of the air.

The day ended with the chance to jump from the 34-foot airborne tower under the watchful eye of the Soldiers of Company C, 1st Battalion, 507th Parachute Infantry Regiment.

Experiencing the demonstrations and meeting the Soldiers is why Staff Sgt. Moses Toliver and his fellow recruiters brought future Soldiers and Junior Reserve Officer Training Corps (JROTC) members to the event.

“One of the biggest things we have to overcome as recruiters is letting people know that we can have normal lives and serve in the military,” he said. “Being able to bring them down to an installation, they get to see that we have schools, we have stores and that we even have a golf course. We’re normal people and we get to serve in the United States Army, so I think that’s especially helpful.”

The majority of attendees were members of the JROTC programs from high schools in Georgia and Alabama where educators include the Army Strong event in their annual curriculum.

“We want them to leave with … an actual experience of what the Army really entails. A lot of the time there is a big disconnect with what actually happens within the Army to the general American public,” Ortega said. “Having them come out here they’re not just listening to what the recruiter says, what they see in commercials or what they get from social media, they can actually experience and witness it firsthand.” 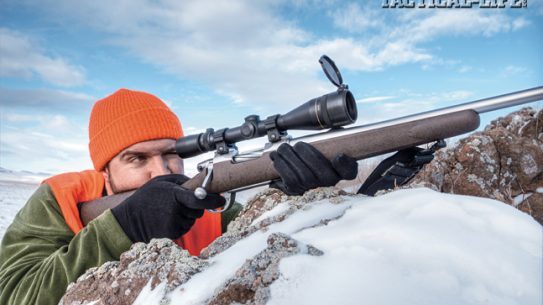