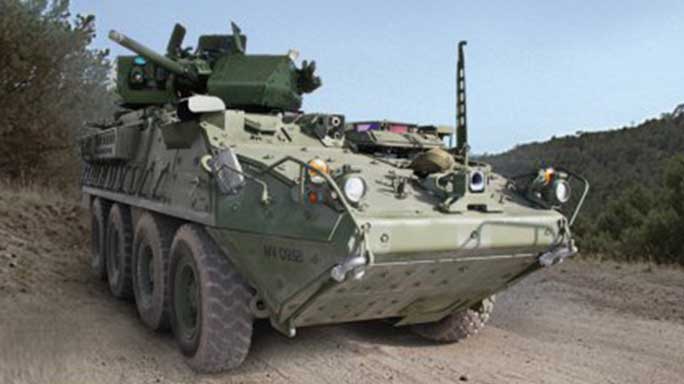 The U.S. Army has received the first prototype of the highly-anticipated Stryker vehicle outfitted with a 30mm cannon.

The upgraded Stryker vehicle was borne out of a perceived “capability gap” in the aftermath of the 2015 Russian invasion of Ukraine that threatened U.S. forces in the European theater of operations.

“The Russians, it turns out, had upgraded and fielded significant capabilities while we were engaged in Iraq and Afghanistan,” said Army Vice Chief of Staff Gen. Daniel B. Allyn.

As Autoblog notes, that’s a reference to Russia’s BMP-2 and BMP-3 tracked infantry fighting vehicles, both of which began carrying 30mm cannons while the original U.S. Strykers were still equipped with an unarmored turret and a .50-cal machine gun. The BMP-3 also carries a 100mm launcher.

That gap in weaponry was an “unacceptable risk,” Allyn said.

Therefore, in March 2015, the Army submitted an Urgent Operational Needs statement to “increase lethality” for 81 of its Stryker vehicles, leading to the integration of an unmanned turret with a 30mm cannon onto the vehicle.

The new Stryker will be known as the Dragoon, named after the 2nd Cavalry Regiment, and the Army recently assigned the nomenclature XM1296 Infantry Carrier Vehicle – Dragoon.

The PEO-GCS says there will be eight upgraded Stryker prototypes tested. The new Stryker vehicles will be fielded to the 2nd Cavalry Regiment in Europe in May 2018. 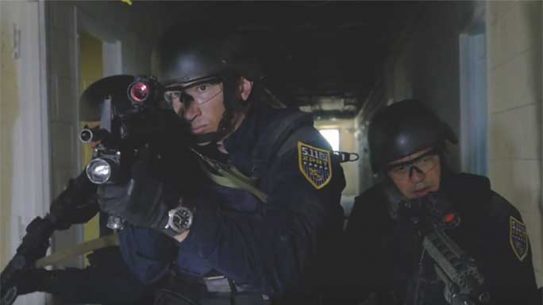 5.11 Tactical has rolled out its new XPRT Uniform, consisting of the XPRT Tactical...