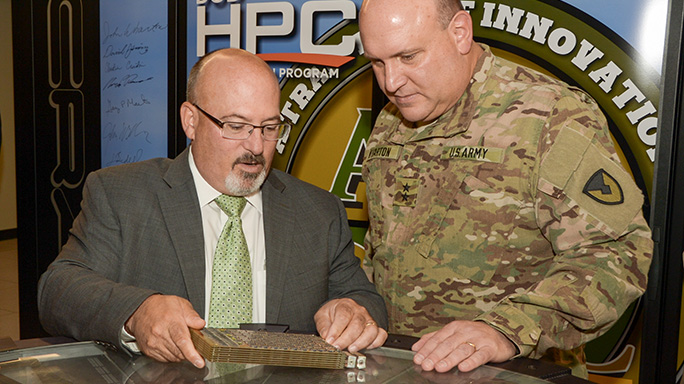 The following is a release from Dan Lafontaine, RDECOM Public Affairs:

The U.S. Army introduced its newest supercomputer, Excalibur, which will help ensure Soldiers have the technological advantage on the battlefield, officials said.

The Excalibur is the 19th most powerful computer in the world. About 50 officials gathered for a ribbon-cutting ceremony at the U.S. Army Research Laboratory, or ARL, Department of Defense Supercomputing Resource Center.

“The Army Operating Concept discusses innovation and accelerating the speed of technology. The Excalibur will allow us to do that,” he said. “You will set the standard for our nation and armed forces as we work into the future.

“The capability you give is decisive overmatch for our Army. It gives our Soldiers an advantage when we can tie the tactical network to instantly get data back to the field.”

While the Excalibur and other supercomputers are housed at an Army installation, all military services conduct research at the supercomputing facilities.

The Army has nearly 70 years of computing excellence and innovation, dating back to the ENIAC, which is more formally known as the Electronic Numerical Integrator and Computer, ARL Director Dr. Thomas Russell said.

The DoD must continue to invest in computing infrastructure with projects such as Excalibur for the United States to remain at the cutting edge, Russell said.

“ARL has a distinguished history as a national leader in scientific computing. It’s been a driving force behind our armed forces’ success on many battlefields,” he said. “Excalibur marks the next step.

“We must continue to expand this capability. Our computational resources give us the capabilities for the future of the Army. It gives us tools for 2040 and beyond.”

“Excalibur has quickly become one of the most highly-demanded and utilized supercomputers in the Department of Defense research community,” Namburu said.

Russell said the Excalibur will improve every military scientific and engineering domain.

“Computational science feeds into all our areas of research,” Russell said. “Here we are today with computing capability far exceeding anything anyone of us would have ever imagined.” 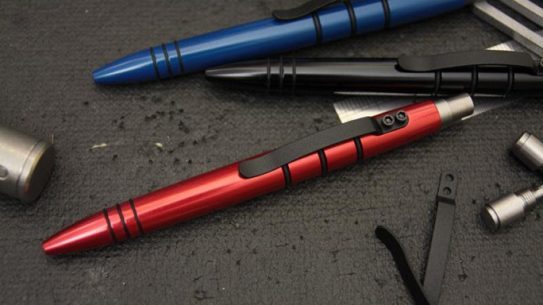 The Mini-Click tactical pen from Tuff-Writer is machined out of 6061-T6 Aluminum and features...