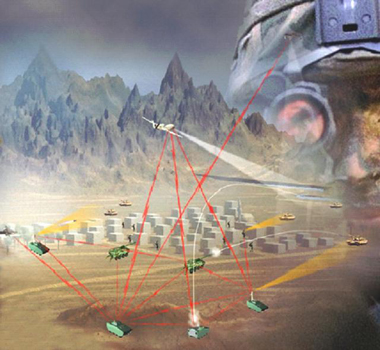 WASHINGTON– Both representatives of the U.S. Army and the United Kingdom’s Ministry of Defence have said recent Army Brigade Combat Team Modernization network interoperability tests between the two partner nations have proven successful.

The recently concluded Multinational Experiment 3.0, held at Fort Monmouth, N.J., tested the ability of the networks of U.K. forces and Army forces to communicate with each other effectively, and to pass data and other messages to each other.

“I thought it was extremely successful,” said Maj. Troy Crosby, Network System Integration Program Office lead. “We actually did more than I thought we were going to be able to do during the experiment. We achieved our objectives and met all of our goals. Overall it was a great success.”

“The experiment went really well,” said U.K. Lt. Col. David Raleigh, R Signals U.K. Ministry of Defence. “We’re into that post-experiments analysis phase. And it was vast amounts of data that was gathered during experiment. We’re looking forward to analyzing the experimental data and then moving forward potentially to an MNE 4.0 next year sometime and taking this a step further.”

Crosby said that during the exercise, subcomponents of the network’s System of Systems, Common Operating Environments, or SOSCOE, performed effectively at communicating information between U.S. and U.K. networks.

“Within the interoperability services, it was able to handle and translate all of the U.K. Ministry of Defence messages pretty seamlessly,” Crosby said. “Obviously, every now and then you get a hiccup, and one of the engineers would have to go back into something, but accuracy rates were extremely high, we were able to take in all their messages and distribute them within the network.”

The SOSCOE is the operating system for the network that will tie together Intelligence, Surveillance and Reconnaissance capabilities for all Army Brigade Combat Teams. The interoperability services is one of two portions of SOSCOE that were tested during MNE 3.0. The interoperability services is a suite of services that enables SOSCOE to take in messages from U.S. and joint C4ISR systems and translate them into something that can be distributed within the Brigade Combat Team.

The other major service suite tested as part of MNE 3.0 was the SOSCOE communications services.

“Within that suite we leveraged a lot of information assurance, a lot of the network management,” Crosby said. “A lot of the data passing went through there, mainly to assure that proper transmission and receipt of the information occurred on both sides. It performed rather well.”

Also tested for interoperability at MNE 3.0 was the Army’s Force XXI Battle Command Brigade and Below, or FBCB2. That system is designed, among other things, to allow commanders to differentiate between friendly and enemy forces.

“We leverage that system for call for fires,” Crosby said. Within the experiment, a call for fire was made and the BCT system decided which capabilities, U.S. or U.K., were best able to handle the request.

“At a certain point the decision within the system would be made, who is the most efficient fire affecter to strike that target, and then the message would be given to execute and be carried out,” Crosby said.

For the experiment, the system was configured so the U.K. forces would be charged with handling the request for a call for fire, Crosby said.

“It would then be transmitted to the U.K. network, and at that point the U.K. forces would go ahead and take on that mission and execute it and strike the target,” Crosby said. “It added a little bit of complexity within the technical call for fire thread. But it’s a show to the power of the dissemination of data at that lower tactical brigade and a low level of being able to utilize either nations indirect fire and call for fire support within a battle space environment.”

During MNE 3.0, the Army and the U.K. experimented with exchanging data between various levels of command down to the company level — Crosby said below that would be issues with data throughput availability, and dealing with that challenge was not the focus of the exercise.

“We’re very focused on … can the ones and zeros be passed between the two nations,” Crosby said. “So that is really where we are focused within the experiment we just executed.”

Crosby said the United States is looking into a Multinational Experiment 4.0. with the U.K., possibly in Summer 2010.

WASHINGTON-- Both representatives of the U.S. Army and the United Kingdom's Ministry of Defence…