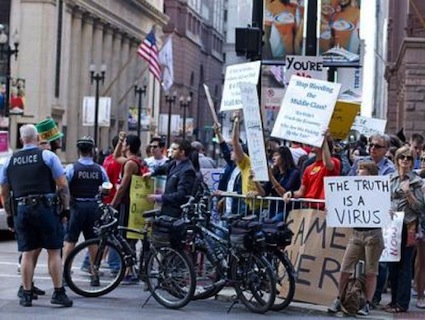 A former U.S. Army Ranger who served in the Iraq and Afghanistan wars has sued Alameda County and its sheriff’s office for failing to properly care for his health after being arrested during an Occupy Oakland protest.

Kayvan Sabeghi, 33, of Oakland, claims that he suffered a lacerated spleen after being beaten by Oakland police officers during his arrest and that deputies at the North County Jail ignored his pleas for help until he passed out in his cell.

The lawsuit, filed in Alameda County Superior Court, claims that Sabeghi immediately notified jailers of his injuries when he was booked into jail but was ignored and ridiculed by deputies.

Instead of having medical personnel check him for injuries after he began vomiting and losing strength, Sabeghi claims in the lawsuit that deputies erroneously accused him of being drunk and having a withdrawal from heroin as he laid on the floor of his cell.

While one employee did check Sabeghi’s blood pressure, that employee wrongly determined that Sabeghi was a diabetic and an alcoholic, the suit states.

A former U.S. Army Ranger who served in the Iraq and Afghanistan wars has…