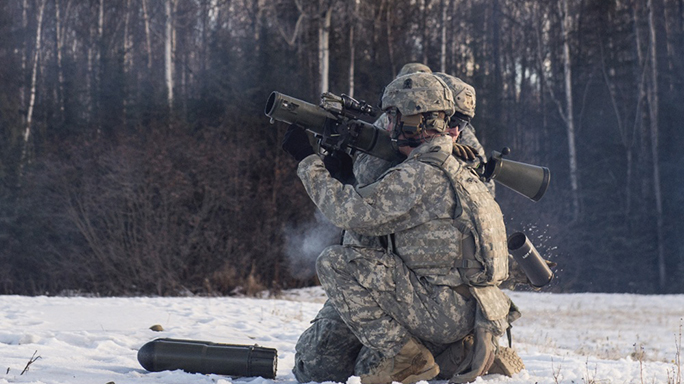 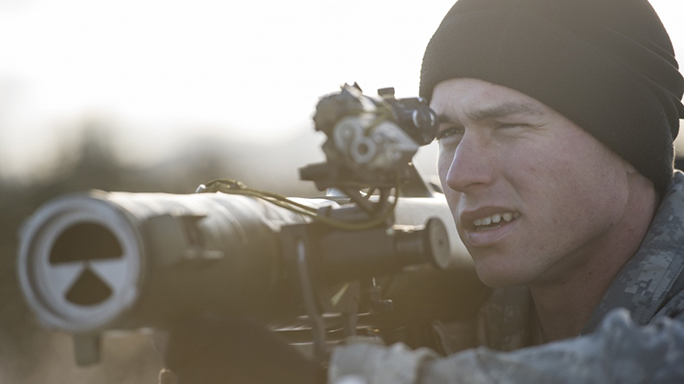 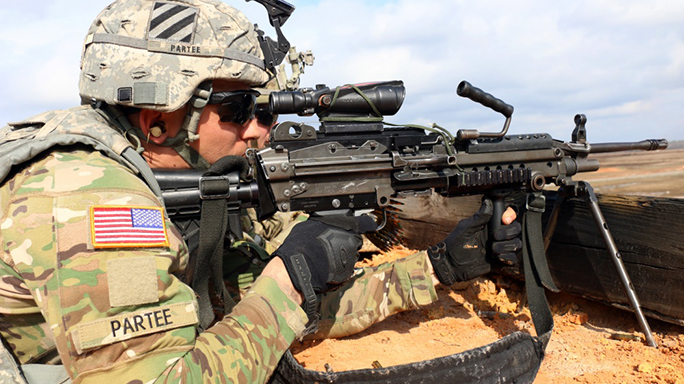 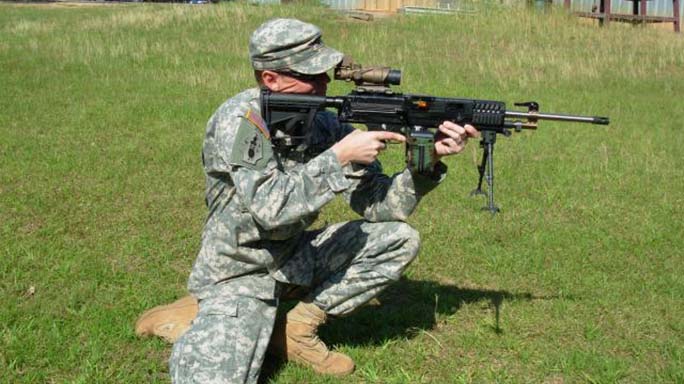 4 of 10
Photo by Wikimedia Commons
LSAT
A U.S. Army soldier performs a test shooting of a prototype cased telescoped light machine gun in 2010. 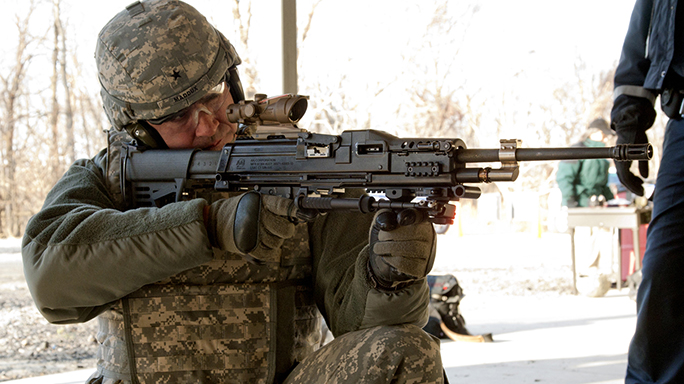 5 of 10
Photo by Wikimedia Commons
LSAT
LSAT without magazine, mock fired for the first time by Picatinny Senior Commander and PEO Ammunition Brig. Gen. Jonathan A. Maddux at Picatinny Arsenal 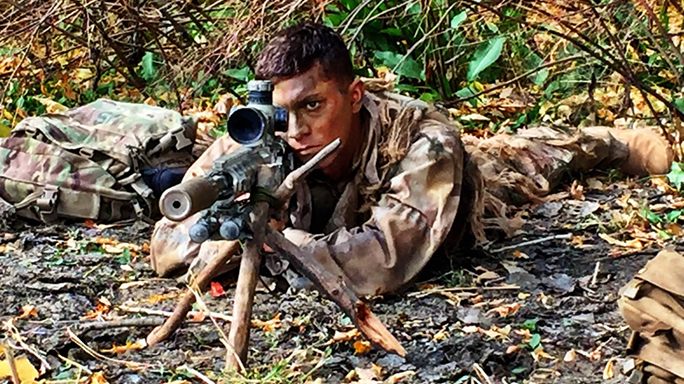 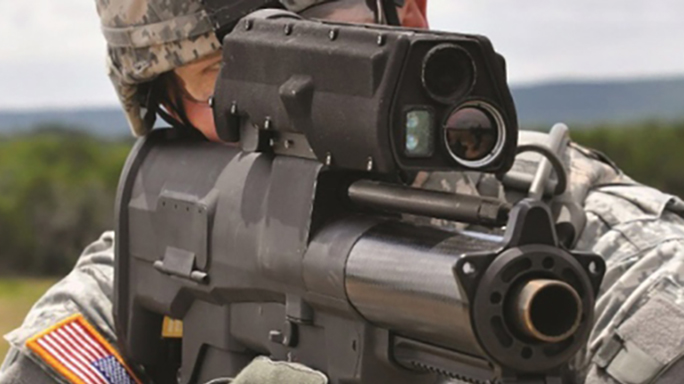 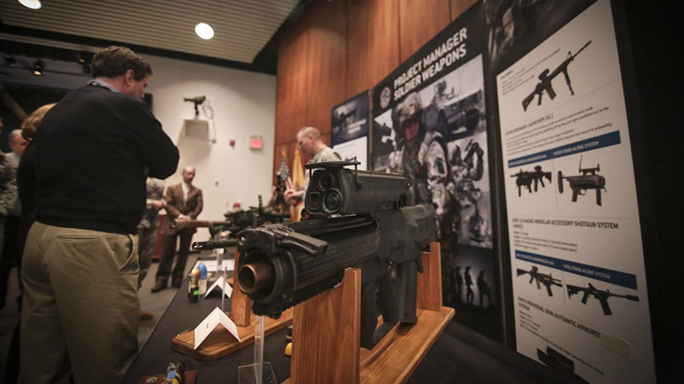 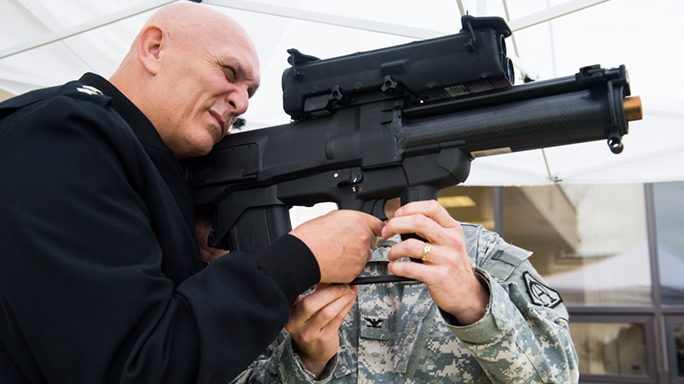 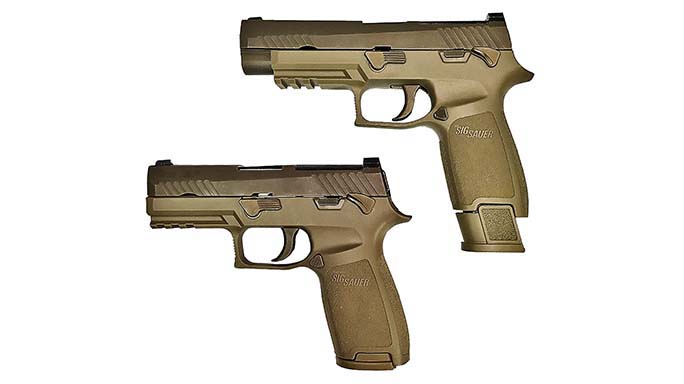 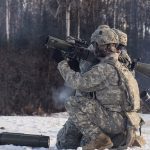 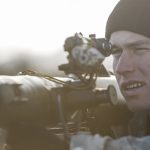 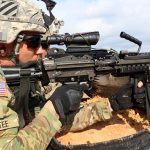 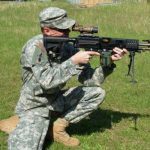 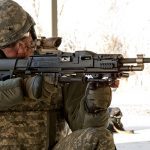 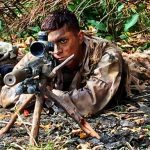 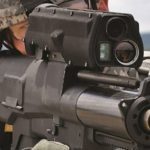 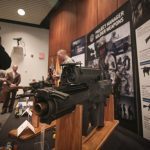 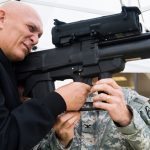 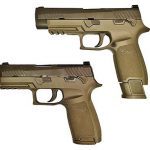 The current M3 MAAWS was first used by the 75th Ranger Regiment and other Special Operations forces in 1991. In 2011, the U.S. Army started ordering it for use by infantry units in Afghanistan. It weighs 22 pounds, is 42 inches long and is capable of hitting targets up to 1,000 meters away.

Saab Defense first introduced the M3’s replacement—the 84mm M3A1 MAAWS—back in 2014. It’s lighter and shorter, weighing in at 15 pounds and measuring 39 3/8 inches long. It also boasts superior ergonomics and a cable system that runs along the top to ensure that it works with battlefield technology in the future, such as “intelligent sighting systems for programmable ammunition,” Military.com said.

The M3A1 MAAWS will be fielded with an integrated fire-control system, Beal said.

Meanwhile—as previously reported—Army Vice Chief of Staff Gen. Daniel Allyn issued a directed requirement for a new 7.62 Squad Designated Marksman Rifle. Since 2009, Army SDRs have used the M14 EBR (Enhanced Battle Rifle), but it weighs 15 pounds unloaded, so a new rifle is in the offing.

Up next is the Army’s Next Generation Squad Automatic Rifle to replace the current M249. Few details are available at this point, but Military.com says the Army is still working its LSAT (Lightweight Small Arms Technology) program. The LSAT machine gun uses case-telescoped 5.56mm ammo, meaning the propellant and projectile are held in a plastic case, not a brass one. It also weighs just nine pounds compared to the 17-pound M249 SAW.  The Army says it hopes to have a CDD (capabilities development document) approved by Q3 of this fiscal year, with an industry day planned for June.

Beal also said at the NDIA Armament Systems Forum that the Army wants to field a new Precision Sniper Rifle (PSR)—which will be able to engage targets out to 1,500 meters— by fiscal year 2021. This new rifle would replace the M2010 sniper rifle in .300 Winchester magnum, and the .50-caliber M107 sniper rifle.

Some of these weapon programs might be accelerated depending on the Army’s need, Beal said.

“There has been a huge emphasis on getting capability out to the field fast, so that has really affected our near-term, mid-term and far-term goals,” Beal stated. As Military.com notes, near-term was described by Beal as fiscal years 2018-2025, mid-term is fiscal years 2026-2035, and far-term was defined as fiscal 2036 and beyond. The only program specifically singled out was the Next Generation Squad Automatic Rifle, which was originally meant to be a mid-term goal but now might be moved up to near-term with a targeted fielding date of 2025.

According to Military.com, one topic that didn’t get broached at the NDIA Armament Systems Forum was the XM25 Counter Defilade Target Engagement System, a semi-automatic shoulder-fired grenade launcher with an uncertain future after the Army recently ended its agreement with Orbital ATK, the system’s contractor.

As we previously noted, the Army also announced at the NDIA conference that the Sig Sauer XM17, the winner of the Modular Handgun System competition to replace the Beretta M9, will be fielded first by soldiers with the 101st Airborne Division out of Fort Campbell, Ky. at some point later this year. 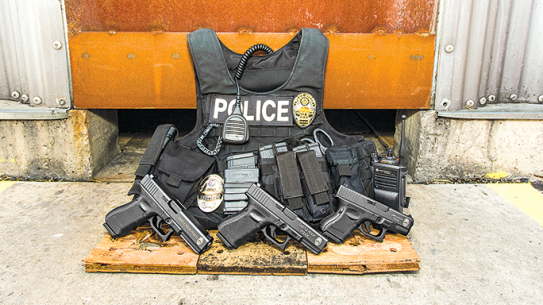 9mm or 45 ACP? How the Age-Old Debate Should Really Be Approached

Why developing adaptive minds and proficient use should be at the forefront of the...