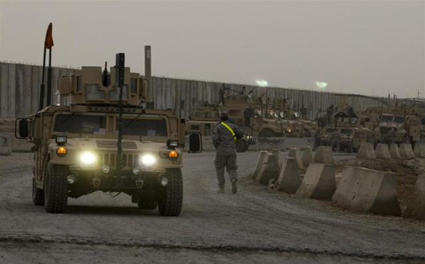 WASHINGTON — The military’s High Mobility Multipurpose Wheeled Vehicle, also known as a “HMMWV” or a “Humvee,” will continue to be made in the United States, by an American-owned company.

The recent announcement that Detroit-based General Motors will sell their Hummer brand of vehicles to Chinese-based Sichuan Tengzhong Heavy Industrial Machinery Company, has no bearing on the U.S. military’s Humvee.

“The Army’s Humvee and the civilian Hummer look similar and share a common appearance,” said spokesman Lt. Col. Martin Downie. “But the rights to produce those two different vehicles are no longer owned by the same company.”

Humvee manufacturer AM General is an American company based in South Bend, Ind. The company produced the first 55,000 Humvees for the Army in 1985. The company continues today to produce the Humvee for the military.

While GM will sell the Hummer nameplate to Sichuan Tengzhong, the military’s Humvee, its designs, unique performance capabilities and technologies will continue to be owned by, and the vehicle produced by, AM General.