Mexican authorities on Monday arrested a U.S.-born drug trafficker who had become the leader of one of that country’s largest drug cartels. The man nicknamed Barbie may face extradition to the United States after being tried in Mexico.

The man who Mexican authorities say ran the Beltran-Leyva drug trafficking organization until he was arrested Monday is Edgar Valdez Villarreal, known in the criminal underworld as La Barbie, a reference to the popular children’s doll, Barbie. The 37-year-old defendant was born and raised in the Texas border city of Laredo, where he played football. But Valdez made his fortune and established his gruesome reputation for violence in Mexico.

Valdez has a $2 million price on his head in the United States. A federal Grand Jury in Atlanta recently indicted him for smuggling tons of cocaine from South America through Mexico and across the US border. Mexico has extradited some top drug smuggling suspects to the United States in the past and there is a possibility of that in this case as well. But Gary Hale, former chief of intelligence for the Houston office of the Drug Enforcement Administration, who now runs the private consulting firm Grupo Savant, says Mexico may hold off on that for now.

Valdez is thought to have risen to the leadership of the Beltran Leyva organization after Mexican marines killed its leader, Arturo Beltran Leyva, in Cuernavaca in December of last year. But authorities say he was being challenged by the deceased cartel leader’s brother, Hector Beltran Leyva, and by the Sinoloa cartel, allegedly run by Joaquin Chapo Guzman. 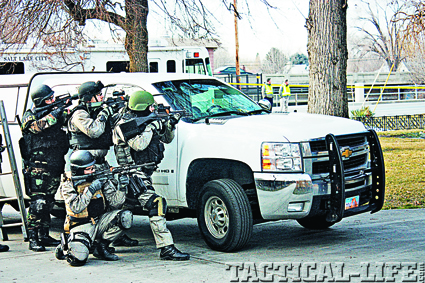 Mexican authorities on Monday arrested a U.S.-born drug trafficker who had become the leader…