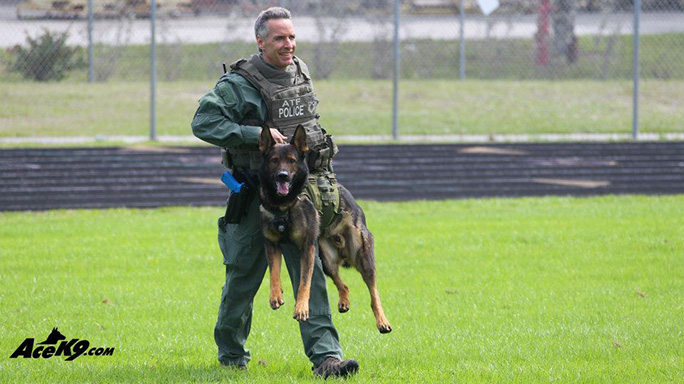 K9 Ike is a prized member of the Bureau of Alcohol, Tobacco, Firearms and Explosives.

Ike is trained and certified in explosives detection. His skills separate him from the other dogs.

According to the Detroit Free Press, “Ike is especially adept at tracking, and unlike most other dogs, can be let off a leash. He will pause based on a sound signal and wait for agents to catch up where other dogs would be unstoppable once on the trail.”

So needless to say, when Ike became sick in January, everyone was concerned about losing a potential agent. At K9 Ike’s side the whole time was his partner, federal agent Jeff Perryman.

Perryman first took Ike to the vet, where he showed signs of gastric dilatation-volvulus, a condition in which the stomach twists. Ike went into surgery and all was taken care of.

Perryman hurried him to the MSU Veterinary Medical Center, where residents at first thought he had a complication from the previous surgery. Veterinarian Ari Jutkowitz ordered an ultrasound after suspecting another cause, a rare condition in which the entire intestinal tract twists, called mesenteric volvulus.

Jutkowitz was right. The ultrasound showed no blood flow to the digestive tract and Ike underwent surgery by vet school residents Andrew Armstrong and Krista Gazzola with Jutkowitz and anesthetist Jennifer Devoe working to keep him alive, according to a blog published on the university’s website.

Knowing that most dogs with the condition are brought in too late, Jutkowitz did not like Ike’s chances of survival. But the surgery went off without a hitch and Ike began his recovery, with Perryman at his side.

“The ICU people let me stay in his cage with him as much as I wanted, and sometimes through the night,” Perryman said in an MSU blog. “It made us both feel better.”

As a result of the successful surgery and Ike’s recovery, the MSU Veterinary Medical Center received a special award.

“The award given to Ari and the staff is something our director, Tom Brandon, prepares for individuals who go above and beyond to help an agent,” Perryman said in an MSU blog. “They fly a full-sized flag at our headquarters in D.C. for a day in honor of the MSU vet personnel. Then they take down the flag, fold it neatly, and send it with a certificate of appreciation to the appropriate people. Our director also wrote Ari and the staff a very nice thank you note, thanking them for their help in saving Ike’s life.”

For more information on the story, please visit Freep.com. 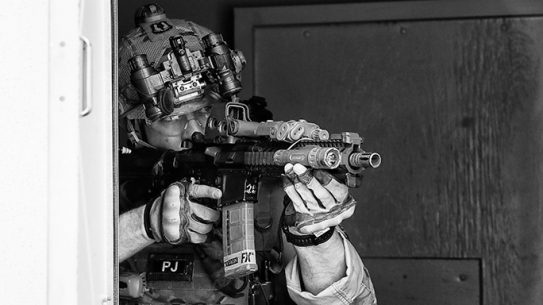 Training, like the recent Full Mission Profile, has kept the Green Berets in Okinawa...