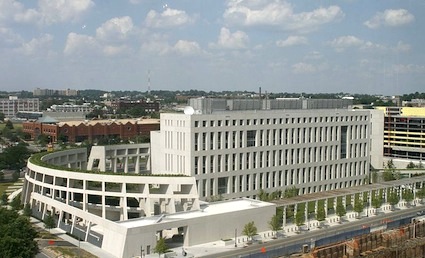 Yesterday afternoon, the Bureau of Alcohol Tobacco and Firearms released firearms tracing data to the press from Mexico between the years 2007-2011 during a roundtable discussion and presentation given by ATF Special Agent John Hageman. The data was released at ATF headquarters in Washington D.C. Reporters were allowed to bring pen and paper, but were prohibited from bringing computers or recording devices. When we arrived, despite prohibiting the use of computers, ATF gave us a flashdrive.

That’s the percentage of guns traced in Mexico to United States sources or Federal Firearms Licensees [gun dealers] according to the Bureau of Alcohol Tobacco and Firearms.

Read the rest of Katie Pavlich’s article at Town Hall.

Despite “no credible information” U.S. on guard for attacks ahead of bin Laden anniversary.