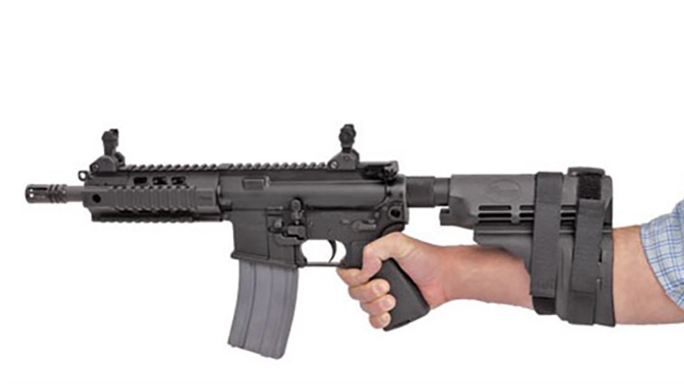 The Bureau of Alcohol, Tobacco, Firearms, and Explosives (ATF) Tuesday reversed its decision and issued a letter stating that shouldering the SB Tactical pistol stabilizing brace does not constitute a “redesign” and thus would not be regulated under the umbrella of the NFA.

For some context, let’s go back to 2012. That’s when USMC and Army vet Alex Bosco first developed the first pistol stabilizing arm brace. After testing it with disabled veterans — the group it was initially made for — Bosco sought approval for his design from the ATF. He received a letter back that said, in part, that “the submitted brace, when attached to a firearm, does not convert that weapon to be fired from the shoulder and would not alter the classification of a pistol or other firearm. While a firearm so equipped would still be regulated by the Gun Control Act … such a firearm would not be subject to NFA controls.”

That was all well and good, and Bosco co-founded SB Tactical and — in partnership with Sig Sauer and Century Arms — brought the first pistol stabilizing arm braces to market in the spring of 2013.

In 2014, Sergeant Joe Bradley of the Greenwood Police Department in Colorado wrote to the ATF asking whether or not firing an AR pistol from the shoulder using a product like SB Tactical’s brace would cause the weapon to be reclassified as a short-barreled rifle (SBR).

The ATF said it wouldn’t, writing “for the following reasons, we have determined that firing a pistol from the shoulder would not cause the pistol to be reclassified as an SBR: FTB classifies weapons based on their physical design characteristics. While usage/functionality of the weapon does influence the intended design, it is not the sole criterion for determining the classification of a weapon. Generally speaking, we do not classify weapons based on how an individual uses a weapon.”

Then in January 2015, the ATF issued an open letter right before SHOT Show reversing its stance. The letter said in part that “the pistol stabilizing brace was neither ‘designed’ nor approved to be used as a shoulder stock, and therefore use as a shoulder stock constitutes a ‘redesign’ of the device because a possessor has changed the very function of the item.”

Now the pendulum has swung back the other way as SB Tactical has received a clarification letter from the ATF, the upshot of which is that shouldering the company’s pistol stabilizing brace doesn’t constitute a redesign. Here’s the most important part of the letter:

With respect to stabilizing braces, ATF has concluded that attaching the brace to a handgun as a forearm brace does not “make” a short-barreled rifle because in the configuration as submitted to and approved by FATD, it is not intended to be and cannot comfortably be fired from the shoulder. If, however, the shooter/possessor takes affirmative steps to configure the device for use as a shoulder-stock — for example, configuring the brace so as to permanently affix it to the end of a buffer tube, (thereby creating a length that has no other purpose than to facilitate its use as a stock), removing the arm-strap, or otherwise undermining its ability to be used as a brace — and then in fact shoots the firearm from the shoulder using the accessory as a shoulder stock, that person has objectively “redesigned” the firearm for the purposes of the NFA.

Basically, if an SB Tactical pistol stabilizing brace is attached by the end user to an AR pistol buffer tube, it can legally be shouldered and fired without being considered an SBR under the NFA.

If, however, you “permanently affix it” to the end of the buffer tube, remove the arm strap or make any other alterations and fire it from your shoulder, it’s now an SBR.

As The Truth About Guns points out, the ATF’s letter doesn’t apply to all braces, but rather only to pistol braces that have been submitted to the ATF’s FTB (Firearms Technology Branch) and gotten approval. So far, SB Tactical is the only company to have received that approval.

Bottom line: Don’t shoulder your brace if it’s not made by SB Tactical. 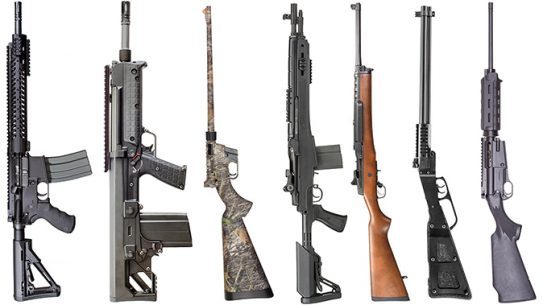 When life truly goes sideways, the only thing better than a handgun is a...