The Atlanta Police Department and the Georgia Bureau of Investigation released the full video of the shooting death of Rayshard Brooks June 12. The shooting set off violent protests and rioting across Atlanta, a city already protesting the murder of George Floyd. In the video above, the struggle ensues at the 41:20 mark.

The latest incident began last Friday when officers responded to a call of a man asleep in his car. There, Atlanta Police found the 27-year-old Brooks apparently passed out in his vehicle, parked and blocking a Wendy’s drive-through.

Officer body cam footage shows the encounter between Officers Garrett Rolfe and Devin Bronson, as they speak with Brooks for nearly 30 minutes. The conversation remains civil throughout. Then officers decide to place Brooks under arrest for failing a sobriety test.

Footage shows Brooks immediately resist, and a mad struggle ensues. Officers take Brooks to the ground, who then somehow manages to overpower them both. Brooks wrestles away a Taser and begins to flee.

While running away, Brooks turns back and fires the Taser at an officer. Then Officer Rolfe draws his weapon, firing at least three times at a running Brooks. Two bullets find their mark, killing the man. He was shot in the back both times.

Now the Fulton County District Attorney, Paul Howard, is investigating the shooting. Questions remain as to whether the officers face not only sanctions, but possibly even charges.

The aftermath that followed the shooting escalated nearly past the boiling point. Atlanta Police Department Chief Erika Shields immediately stepped down from her position, reported cnn.com. The department fired Rolfe. Meanwhile, it placed the other officer, Bronson, on administrative leave.

And in the streets, Atlanta burned again. Saturday night, protests escalated with the Wendy’s restaurant, the site of the shooting, getting torched. Hopefully, the city will get some peace soon. 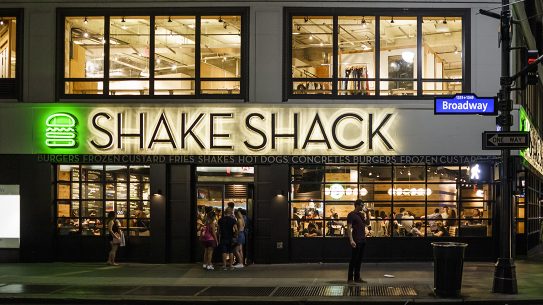 Police are investigating an incident at a Downtown Manhattan Shake Shack were bleach was...