Austin police next year could begin carrying the same type of handgun, instead of their choice of duty weapons.

The Austin American Statesman reported, for its Thursday editions, that the new guns would cost the department about $800,000 and be paid for by federal grants.

The change would end a years-long practice of requiring Austin police to purchase their own duty weapons from a list of approved firearms.

Acevedo says a committee of police officials has endorsed a special Smith & Wesson .40-caliber gun used by the military and other police officers. The handgun sells for about $750. 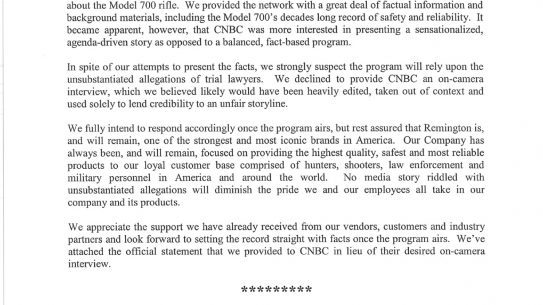 Remington’s message regarding their Model 700 and CNBC.

Austin police next year could begin carrying the same type of handgun, instead of…