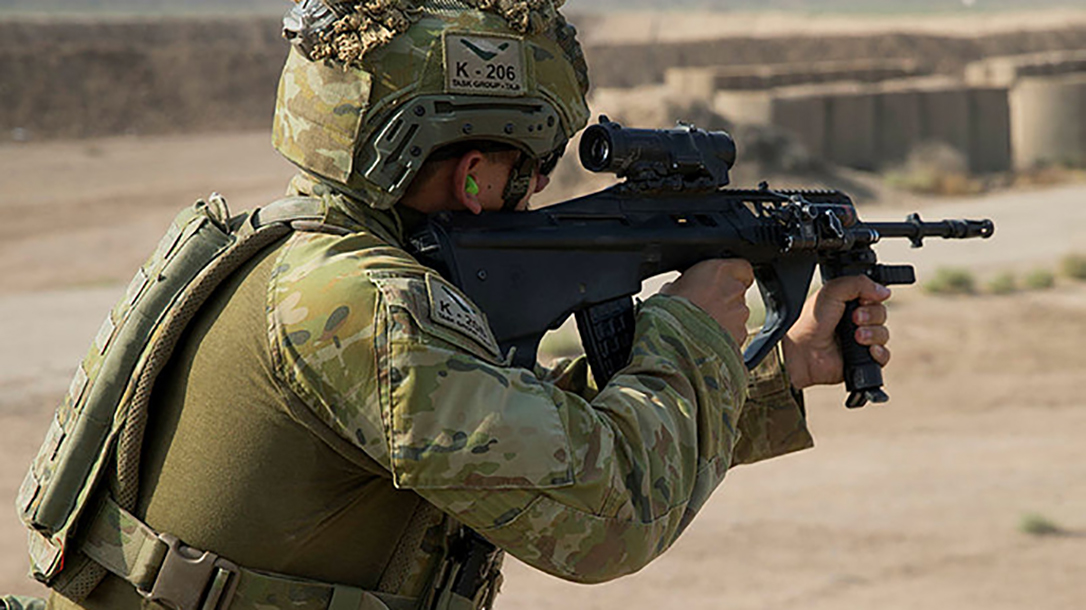 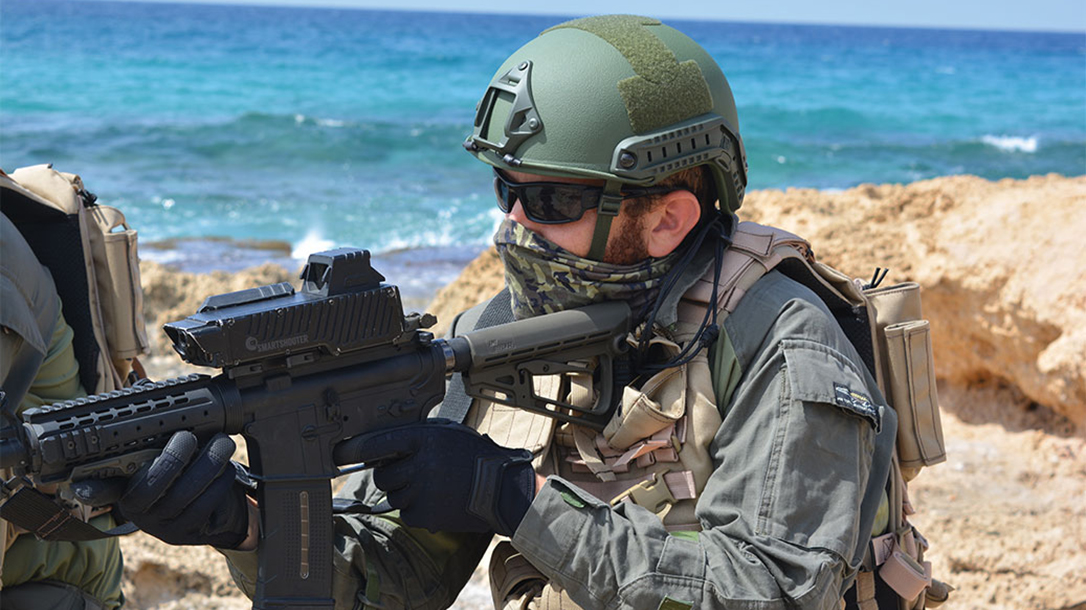 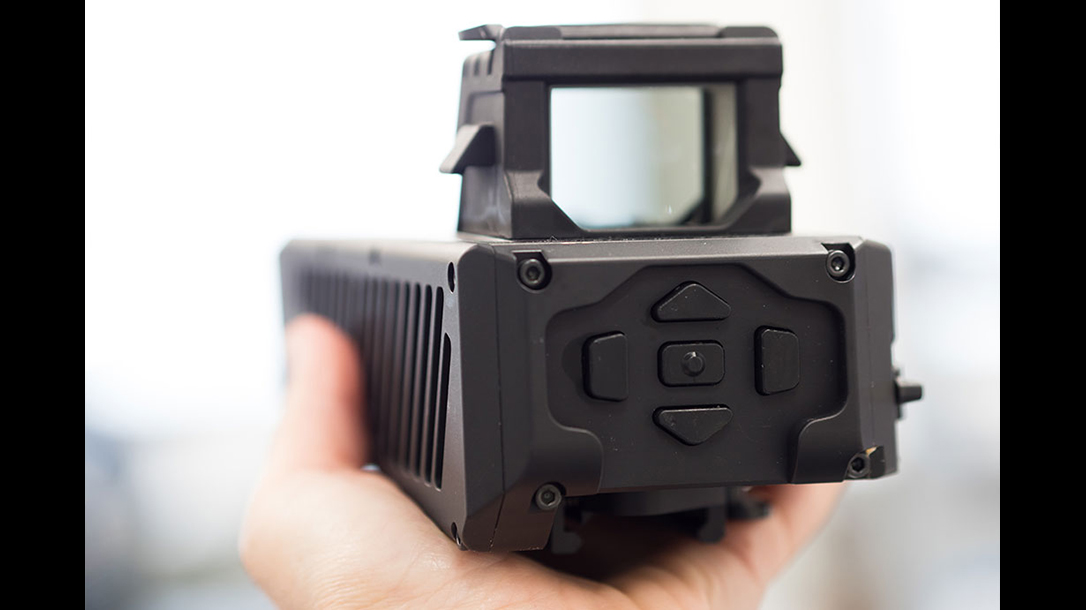 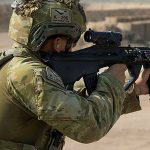 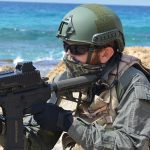 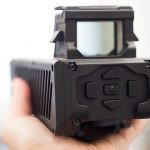 The Australian Defence Force (ADF) will commence trials on the F90-SMASH assault rifle later this year. 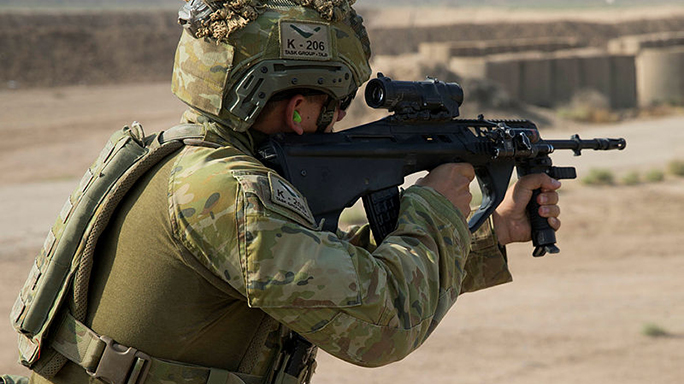 EF88 Austeyr Gets Thumbs Up After First Operational Deployment

There isn’t much about SMASH in terms of details on Smart Shooter’s website. A separate Jane’s 360 article says the system features see-through optics; day and night vision capabilities; lock and track capability; and a “discreet reticle.” Using the same basic tech seen in anti-tank guided weapons, SMASH lets the user lock onto a target. It will then only allow a round to be discharged when a hit is guaranteed.

“This is the magic: taking off the human factor from the equation,” Dr Abraham Mazor, Smart Shooter’s VP for business development and marketing, told Jane’s. “Once the shooter decides on a specific target, everything else is taken over by the technology.”

See a video on the SMART system below.

The EF88, or F90, has its roots in the F88 “Austeyr”—an Aussie version of the Steyr AUG. In the late 80s, the ADF selected the bullpup to replace its L1A1 rifles. In 2016, defense contractor Thales Australia announced that the Enhanced F88 (EF88)—its updated version of the F88—had entered service with the ADF. Below are the key differences between the 5.56×45 NATO EF88 and the F88, according to the ADF: 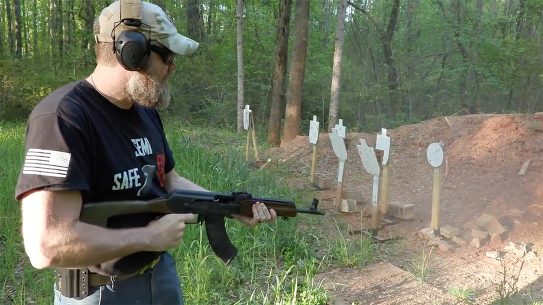 Years after first melting down a Copper Custom 7.62 VEPR AK, Eric, aka Iraqveteran8888,...