On March 11, 2016, four A-10 Thunderbolts, also known as the A-10 Warthog, performed a Missing Man Formation Flyover at Arlington National Cemetery.

To honor Col. Avery Kay, the man behind the development of the same aircraft that flew over his military burial service.

Kay passed away in October on his 96th birthday. He is considered the father of the A-10 Warthog, an aircraft that has been provided ground support for more than 40 years.

Kay fought time and time again to get the A-10 Warthog into production, according to CNN.com.

Spearheading negotiations between the two service branches, Kay proposed an agreement under which the Army would relinquish control of the development of all fixed-wing aircraft as long as the Air Force fulfilled its promise to build a plane that was able to provide the air support that was lacking during Vietnam.

Using the very real threat of the Army’s plan to build a helicopter to take over Air Force close support, Kay convinced McConnell that if the Army got its funding approved, he would go down in Air Force history as the chief that lost the close support mission and the money that goes along with it.

To counter the Army’s proposal, Kay pitched a plan to build an airplane dedicated to the close support missions that would be cheaper and more effective than any helicopter.

To read more on the story of how the A-10 Warthog came to be, please visit CNN.com. 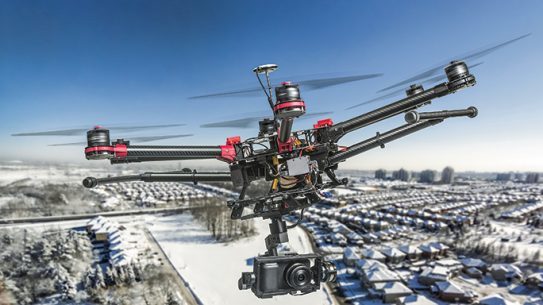 Today’s UAVs can help officers serve and protect from above!