A 10-hour standoff between Pima County (Ariz.) Sheriff’s SWAT officers and a wanted fugitive at a southern Tucson hotel room ended with the suspect surrendering.

Luis Felix, Jr., gave himself up around noon Friday. A woman and boy were inside the motel with Felix, 22.

Deputies had responded to a shots fired call at the Studio 6 Motel in the 4900 block of South Outlet Center Drive at 2:11 a.m., after two bailbondsmen attempted to take him into custody.

Felix, who had an outstanding warrent for failing to appear in court, barricaded himself in the motel room, and told negotiators he had a woman and children inside with him, according to a PCSO release.

The building was evacuated and Interstate 10 was closed both east and westbound to travel between Kino Parkway and Alvernon Way.

The Pima Regional SWAT Team responded with negotiators, who talked with Felix for almost 10 hours before he surrendered. Felix faces two counts of aggravated assault from the incident. 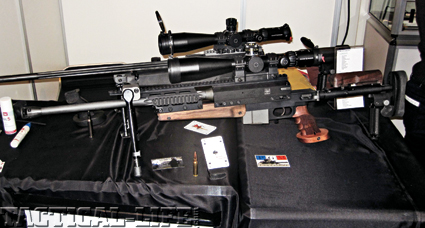