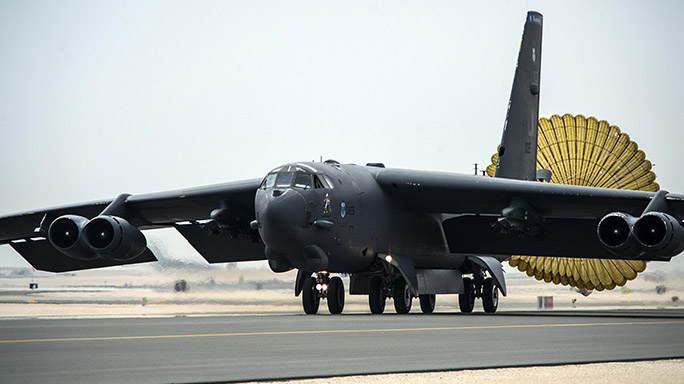 The following is a release from Lisa Ferdinando, DoD News:

Iraqi forces regained control of the key city of Hit, while a “tough fight” remains in the Tigris River Valley, the spokesman for Operation Inherent Resolve said Wednesday.

“Last week in the Euphrates River Valley, Iraqi security forces tore Hit from ISIL’s grasp and gave it back to the Iraqi people. Hit is liberated,” Army Col. Steve Warren told Pentagon reporters in a teleconference from Baghdad.

Clearing Hit disrupts the ability of the Islamic State of Iraq and the Levant to move foreign fighters and supplies into the Euphrates River Valley, the colonel said, and it sets the stage for future offensive operations.

The operational achievements in the fight are a direct result of the coalition’s commitment to train and equip partner forces, Warren said.

“Iraqi security forces continue to consolidate and improve their defensive positions while continuing to increase their combat power,” Warren said.

First B-52 Mission Against ISIL Targets

Warren said the U.S. Air Force’s B-52 Stratofortress bomber, which was deployed into theater earlier this month, conducted its first mission against ISIL Monday. It targeted an ISIL weapons storage facility in Qayyarah, Iraq.

The B-52 will conduct the “same type of precision strikes that we’ve seen for the last 20 months here in this theater,” the spokesman said.

Vetted Syrian opposition forces continue to clash with ISIL along the Mara Line, Warren said. He described the situation as a “shoving match” over the Manbij pocket.

“We will continue to pressure ISIL but we expect them to fight hard to hold their ground,” he said.

Warren said the area is strategically important, explaining that sealing it off will cut ISIL’s final line of communication and supply line between Turkey and Syria.

The situation in the area has become a “fairly fluid and dynamic fight,” according to Warren.

Grimm provided actionable intelligence about a bomb threat against a school in Denmark, Warren said. For his exceptional actions, Denmark honored the officer with the Danish Defense Medal for Special Meritorious Effort.

“The information he provided helped to foil the plot and resulted in an arrest and the confiscation of explosives,” Warren said. “Brad’s work likely saved the lives of Danish citizens.” 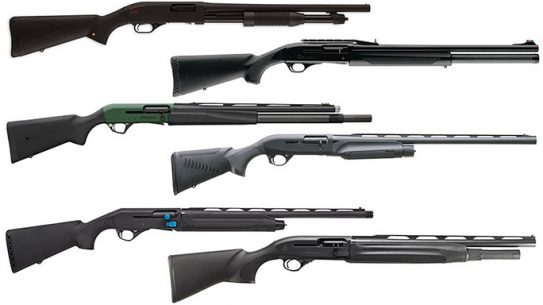 These elite shotguns are primed to tackle the heavy-duty demands of 3-Gun competition.