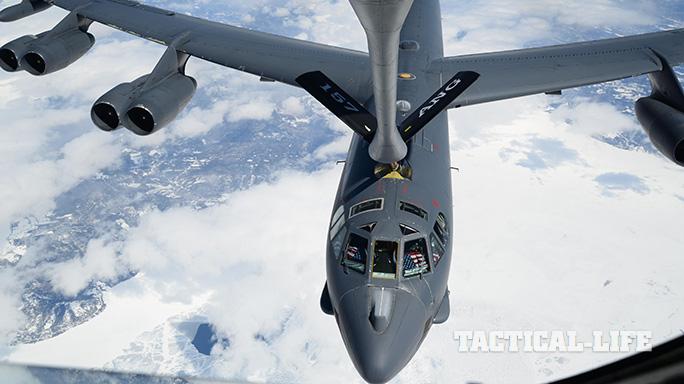 The following is a release from U.S. Strategic Command Public Affairs:

OFFUTT AIR FORCE BASE, Neb. — Two pairs of B-52 Stratofortresses completed simultaneous, round-trip sorties from their U.S. bases of Minot Air Force Base, N.D., and Barksdale Air Force Base, La., to the Arctic and North Sea regions, respectively, April 3.

The training mission, coined Polar Growl, allowed the aircrews to hone their navigation skills and enhance their ability to work with allied partners, while demonstrating U.S. Strategic Command capacity.

“These flights, demonstrating the credible and flexible ability of our strategic bomber force in internationally-recognized flight information regions, are the culmination of months of planning and coordination,” said Adm. Cecil D. Haney, the STRATCOM commander. “They are one of many ways we demonstrate interoperability, compliance with national and international protocols, and due regard for the safety of all aircraft sharing the air space.”

“Today’s dynamic global security environment is an interdependent world where international partnerships are foundational,” Haney said. “Exercises and operations such as these bomber flights enable and enhance relationships with our allies and partners, and allow others to understand what capabilities U.S. Strategic Command brings to the equation.”

The U.S. regularly conducts combined training and theater security cooperation engagements with coalition partners. The combined training provided in Polar Growl follows the participation of B-52s in NATO exercise Noble Justification in October 2014, and the deployment of B-52s and B-2 Spirits to RAF Fairford, United Kingdom, in June 2014.

“The long-range nature of the mission, coupled with the opportunity to interact in real-time with allied aircraft was an invaluable experience that simply can’t be replicated out of the cockpit,” said Maj. Nathan Barnhart, a 343rd Bomb Squadron instructor radar navigator. “Training like this ensures we are ready to respond to any and all mission directives across the globe.” 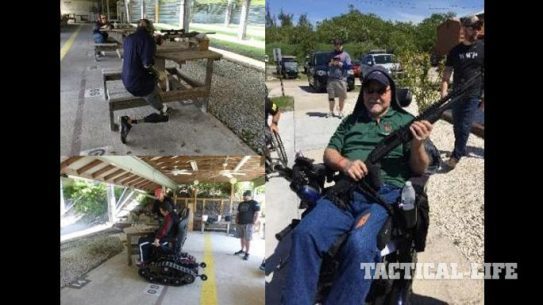 More than 70 disabled veterans participate in the 1st Annual HAVA/WAC Range Day at...