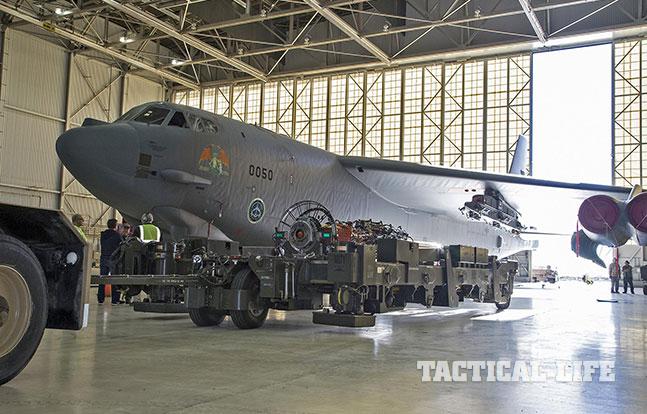 Since the Air Force’s decision in 2013 to increase the B-52H Stratofortress fleet’s effectiveness and versatility by increasing the aircraft’s smart weapons capacity by over 50 percent, teams from Tinker Air Force Base, Oklahoma, Boeing, and now Edwards AFB, have partnered up to begin developmental testing on the bombers newest upgrade.

This new upgrade comes in the form of a Conventional Rotary Launcher (CRO), which members from the 419th Flight Test Squadron, the Global Power Bomber Combined Test Force and Boeing installed on an Edwards AFB B-52H this past December.

“The upgrade modifies the internal weapons bay of the B-52H bomber by integrating a CRL that has the capability of carrying Military Standard 1760 ‘smart weapons,’” said Jeff Lupton, the Boeing 1760 program manager.

“One of the benefits of the 1760 upgrade is it brings a lot of capability to the B-52 we don’t currently have on the aircraft,” said Capt. Ryan Hefron, a B-52 test pilot at the 419th FLTS. “We weren’t able to carry smart weapons inside the bomb bay, but now with the new CRL we’ll be able to carry Joint Direct Attack Munitions with the first increment and with future increments we’ll be able to carry Joint Air-to-Surface Standoff Missiles and Miniature Air Launched Decoys.”

According to Lupton, the addition of smart weapons capability to the internal weapons bays allows the bomber to respond with accuracy and flexibility in real time to the warfighter’s needs.

“The upgrade adds capability while remaining affordable by adapting existing technology for use in the weapons bay,” Lupton said. “By providing smart weapons capability in the bay, the bomber can be employed in a clean wing configuration, (meaning) no weapons on the external pylons, thus increasing its range and loiter time.”

The increased carriage of smart weapons would allow the B-52 to engage more targets precisely compared to the unguided bombs currently approved for bay carriage, Hefron said.

“By being able to integrate smart weapons in the bay, we can prosecute more targets, more precisely, while minimizing collateral damage,” Hefron said. “It will allow us to perform direct attack, provide close air support for our Army brethren on the ground and be able to execute our overall mission more effectively and efficiently. With future increments, our strategic attack capability will be enhanced, which is the cornerstone of the B-52; by being able to perform long range strikes and carry smart weapons in the bay.”

At the conclusion of the upgrade, all B-52H’s will be modified with this unique capability and the aircraft will be available for employment by Air Force combatant commanders, Lupton said.

Lupton added there are several stages of testing included with the hardware and software modifications. The final stage of the upgrade will include approximately 10 test flights to verify the B-52H’s upgraded capability. 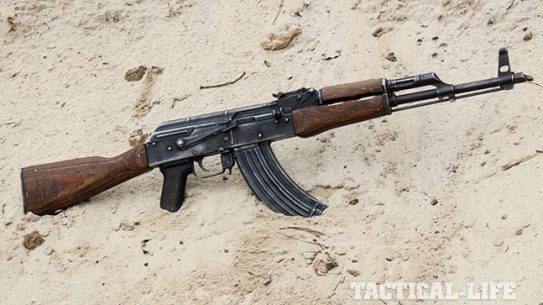