According to The Baltimore Sun:

The pilot program, which concluded Friday, equipped about 150 officers in the Central, Eastern and Western districts with one of three cameras, each provided by a different vendor. The officers reviewed the cameras they used, and commanders are now reviewing the performance of each vendor and its technology. The city will eventually select one of those vendors to provide cameras to the entire force under a permanent camera program starting next year.

“They were asking, you know, ‘When can we get these back? I like these. I don’t want to give them up,'” Baltimore Police Commissioner Kevin Davis told The Baltimore Sun. “They’ve grown used to having the body-worn cameras in a very, very short amount of time. And we think it has brought our agency one step closer to the transparency that we need, the trust we need to build with our community, the two-way respect that we need to push public safety forward in Baltimore.”

The above video shows a Baltimore Police officer interacting with a citizen after a traffic stop. The officer starts off by stating that the stop is being filmed and things move accordingly from there. 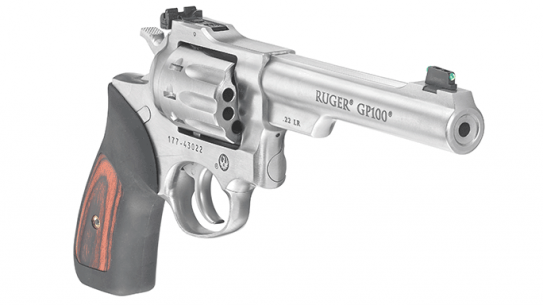 Ruger's all new, cutting-edge GP100 in .22 LR is designed for target shooting, small...