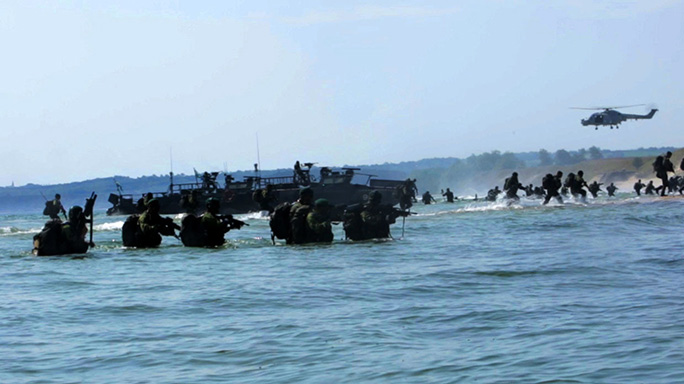 An international Corps of Marines from Sweden, Finland, and the U.K. conduct amphibious assaults on a beachhead in Ravlunda, Sweden, for local media outlets during BALTOPS 2015, June 13. The amphibious forces are part of 17 NATO Allies and partner nations that are integrated in air, land, and sea operations to improve their combined-force capability to work together and to respond to threats in the Baltic region.
(Photo by Sgt. Tatum Vayavananda)
Comment(s)

NATO and partner nations stormed the shores of Sweden, June 13, during an amphibious landing part of Baltic Operations 2015.

The landing was a rehearsal for the main event happening in Ustka, Poland, June 17.

“I’ve been doing amphibious operations in the U.S. Navy for almost 30 years, and never have I seen a staff get together so quickly and execute this well,” U.S. Navy Capt. Todd Lewis, Combined Amphibious Task Force (CATF) commander for BALTOPS 2015, said about execution of the amphibious landing rehearsal in Sweden. “The staff is really leaning forward. We know Poland is a different situation. It’s not the same environment, but we showed our ability to execute, and I have no doubt we will perform even better with the lessons we learned today.”

Operating in the amphibious planning room aboard the HMS Ocean, the CATF and CLF team comprised of service members from Finland, Sweden, the Netherlands, the U.K., the U.S. Marine Corps, U.S. Navy and the U.S. Army, supported the landing via transportation logistics, air and fire support and communications.

“From the perspective of the operations room, it was great to see how well we executed given the short amount of time of being together and planning for such a large amphibious operation,” said 1st Lt. Chris Cavanaugh, communications officer with Black Sea Rotational Force and fire support communication officer for BALTOPS 2015. “Seeing the synchronization of the staff and the communication flow amongst everyone really demonstrated our ability to work together.”

The U.S. Marines split across the USS San Antonio, HMS Ocean (UK), and ORP Gniezno (Poland), with service members from Finland, Sweden, the Netherlands, the U.K., the U.S. Navy and the U.S. Army comprise the Combined Landing Force (CLF) and Combined Amphibious Task Force executing the amphibious operations in Sweden and Poland. 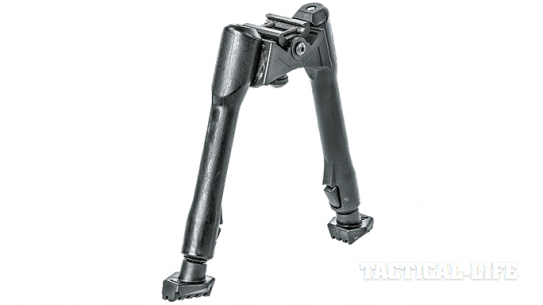