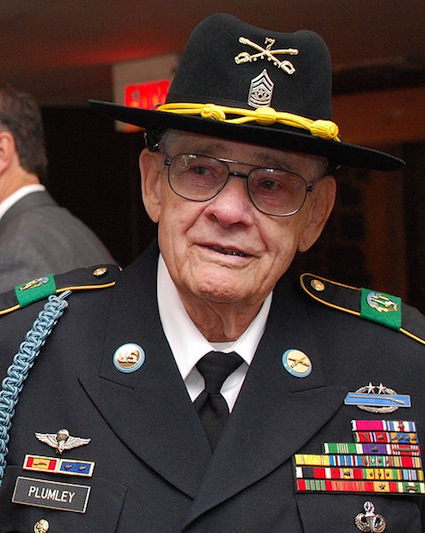 In 1988, a young army cadet attended Airborne School at Fort Benning Georgia. During off hours that cadet and two others took the time to see the Infantry Museum, then housed in the former Army Hospital located there on the fort. An old retired Cmd Sgt Major gave those young men a tour and imparted to them some words of wisdom – “as leaders, your job is to keep the compass and don’t f#@& it up.” We understood he meant the moral compass as well as mapping the direction of our unit. He told several stories and shook all of our hands, staring us in the eye as he did so.

In Columbus, Georgia, On October 10, 2012, in proper military fashion – at stand to – 0400 hrs, Command Sergeant Major Basil L. Plumley departed this earth enroute to the fields of Elysian where the warriors of the ages meet in brotherly understanding. He had reached the ripe age of 92. According to one newspaper, when told by the doctor in his hospice room that he was going to pass away, the Sgt Major said “I’m not quite sure I’m ready, I will let you know when.”

For those who do not know Sgt Major Plumley, he enlisted in the army in 1942 and retired 32 years later in 1974. He made four combat jumps in WWII (operation Husky, battle of Salerno, DDay, Operation Market-Garden) and one in the Korean War. The Sgt Major is most famous for his service in the 1st Battalion 7th Cavalry Regiment (Garry Owen) during the Vietnam War. Specifically for his role during the Ia Drang campaign serving as Hal Moore’s Sgt Major during action at LZ X-ray. For those keeping count, that is three Combat Infantryman’s badges.

I realized who that old Sgt Major was who gave us the tour many years later when I did a battlefield analysis at the Army Officers Advance Course at Ft. Sill Oklahoma. I read the book, “We were soldiers once… and young.” In the book, LTC Hal Moore describes his Cmd Sgt Major as a tough, disciplined true American hero. That American Hero, a veteran of three wars and the consummate NCO, took the time to provide some camaraderie and share some wisdom with three wet behind the ears, 5 jump chumps wandering through his museum. I am proud to say I met the man, and I wish him God Speed on his current journey.

Retired Command Sgt. Maj. Basil L. Plumley, who fought in some of the U.S. Army’s bloodiest battles in three wars, died Wednesday in Columbus, Georgia. He was 92.

Plumley saw action in some of the largest battles of World War II, including the Battle of Normandy, the Battle of Salerno in Italy and Operation Market Garden.

He then fought in the Korean War, but it was his role in the Battle of Ia Drang Valley in Vietnam that brought him the most fame. The battle was chronicled in the book “We Were Soldiers Once … and Young,” which was later a 2002 movie starring Mel Gibson. Sam Elliott played Plumley. 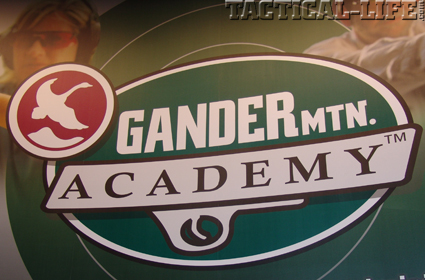